For the first time in the history of the nation's elections, the battle for Singaporeans' votes is likely not to be waged at rallies on grassy fields, but in a virtual arena.

MPs have already increased their digital outreach, with social distancing measures being steadily tightened to curb the spread of Covid-19.

The latest measures, which limit gatherings outside of work and school to 10 people or fewer until April 30, mean traditional forms of campaigning like rallies will not be feasible should these rules still be in place when the hustings begin.

Political observers expect the next general election, which has to be held by April next year, to take place within the next few months.

MPs told The Straits Times they would turn to social media, messaging apps and even real-time video streaming to reach out to voters.

West Coast GRC MP Patrick Tay said he was considering livestreaming besides traditional campaigning methods like manifestos, given that physical rallies are unlikely to be an option in the elections because of the coronavirus pandemic.

"In the hustings, we will have to share plans and let voters know us better through social media and other means, much more than (in previous elections)," he said.

MacPherson MP Tin Pei Ling also said she planned to use digital methods of campaigning, though she declined to give more details.

Senior Parliamentary Secretary Muhammad Faishal Ibrahim said he would at least double current digital efforts to engage constituents in his Nee Soon Central ward in the next month. He cited how he has used Facebook Live to reassure residents and answer their questions.

In February, Associate Professor Faishal addressed rumours of a Covid-19 case at his ward's Northpoint City shopping mall in one such live session. The video drew more than 260 comments, 98,000 views and 1,400 shares.

Apart from social media, he also has a network of over 400 grassroots volunteers which helps to push messages on WhatsApp.

"I will continue to use such ways to engage residents, election or not. Our focus right now is on taking care of residents during the Covid-19 situation," he said.

In East Coast GRC, MP Jessica Tan has been using WhatsApp and social media as well, though she noted that she was also still using physical means such as fliers. She held her first virtual "town hall" on Facebook last month, for residents to give feedback on constituency and Covid-19-related issues.

When contacted, the People's Action Party (PAP) said its campaigning would conform to "prevailing guidelines" from the Government.

Several party activists told ST an option being weighed was to go door to door and hand out fliers with details of rallies to be broadcast online and on TV.

As for opposition parties, the Progress Singapore Party (PSP) said it has been using tele-conferencing for meetings, and does not rule out livestreaming as a campaign method, adding that its videos have gained traction online.

It cited a Facebook video of the party's founder and secretary-general Tan Cheng Bock replying to Senior Minister Teo Chee Hean's remarks about Dr Tan's idea of a "caretaker government".

The video had more than 168,000 views and 2,800 shares in a week. PSP said it will continue producing such videos to engage the public.

The Workers' Party, which declined to comment on its campaign plans, maintains active Facebook and Instagram accounts, with posts regularly shared on the party's official WhatsApp channel.

The Singapore Democratic Party, which did not respond by press time, posts articles from its website to Facebook, where it also uploads videos like the response by party chairman Paul Tambyah to the supplementary budget.

The prospect of elections during the pandemic has sparked concerns about public health among some. Opposition parties have repeatedly called for the elections to be put off till the outbreak has abated.

Read Also
Parties must be creative if GE is held amid virus outbreak: analysts 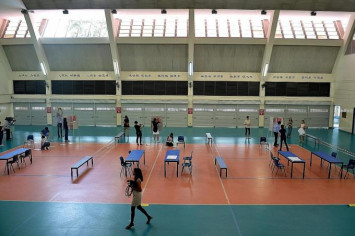 Former PAP MP Inderjit Singh said people "may be upset that the PAP is taking unnecessary risks" with still a year left to hold the election. In a Facebook post on Tuesday, he pointed to how China took about four months to get the Covid-19 situation under control, and said: "the right time to decide on the date will be June".

National University of Singapore political scientist Chong Ja Ian said some voters may choose not to vote and bear a small penalty rather than risk their health. Voting is compulsory in Singapore.

Sentiments aside, experts agreed that the main mode of campaigning during the coronavirus crisis would be virtual, which could present opportunities like engaging younger voters, but also has its own perils.

Professor Lim Sun Sun, who teaches technology and media at the Singapore University of Technology and Design, said a lot will hinge on each candidate's ability to use different platforms.

WhatsApp groups, for example, can have internal dynamics that are "invisible", while data that would work in a graphic on Facebook might not work in video form.

"It will be more challenging for first-timers. The incumbents who already have a following have had some time to build an image, so people know who they are and what they stand for," noted Prof Lim.

Agreeing, Dr Chong said that online campaigns would favour those with more resources. "Singaporeans may have less opportunity to hear from, weigh and deliberate on positions put forward by smaller, less established, or less well-resourced candidates and parties."

Current campaigning rules state that candidates need to declare all Internet platforms used for election advertisements, should campaign "in a responsible and dignified manner", and should not denigrate opposing candidates, make false statements that allege criminal acts, or say things that may cause racial and religious tensions.

Another issue is the possibility of foreign interference and fake news.

Security expert Shashi Jayakumar said malicious actors might try to "interdict and corrupt" digital campaigning through the use of cyber attacks or deep fakes.

"Given the compressed time period during campaigning in Singapore, this type of interference, unless spotted and stopped at a very early stage, could conceivably affect mindsets and thinking of individual voters," said Dr Jayakumar, who is from the Nanyang Technological University's S. Rajaratnam School of International Studies.

While the authorities could work with Facebook and use the law to prevent fake news, the efficacy of the Protection from Online Falsehoods and Manipulation Act during a "fraught campaigning period", when fact-checking, rebuttal and corrections need to be done much more quickly, has yet to be proven, he said.