'We are in the business of welcoming all': W Singapore on viral post featuring gay couple

As fancy, upscale and lavishly priced as a stay at the W Singapore in Sentosa Cove may be, folks are expressing their willingness to splurge in support of inclusivity.

The five-star luxury resort hotel is being widely praised online after its social media team reposted an image of local fashion model Andee Chua and his Taiwanese YouTuber boyfriend Hugo Liu enjoying a staycation there.

The post on W Singapore’s Facebook and Instagram accounts on Monday (Sept 14) has quickly become one of the hotel’s most engaged posts, garnering hundreds of comments, shares and thousands of likes.

A glance at the comments should reveal why: people are thrilled that a major establishment in Singapore is publicising its acceptance and inclusive stance towards the LGBT community. 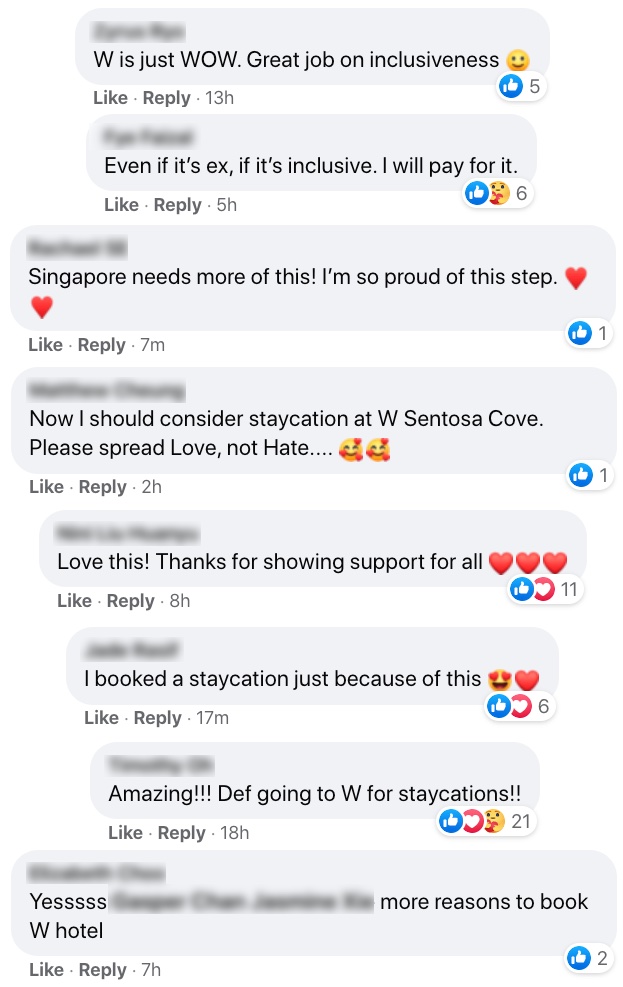 There were some negative reactions as well, but they were drowned out by messages of support. 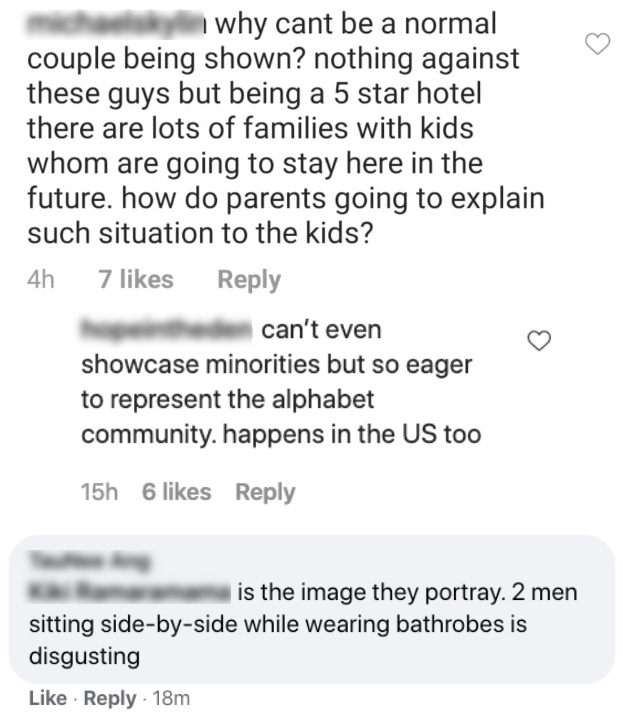 On Reddit, folks are lauding the hotel as well for its part in representation.

It’s hard to explain how much simple representation means. One day it will get better :) from r/singapore

When contacted by AsiaOne, a W Singapore spokesperson clarified that the image that has since gone viral is not an advertisement — it’s a repost of user-generated content made by the hotel guests.

“We are in the business of welcoming all and occasionally feature guests with their permission on our social platforms,” noted the spokesperson.

It wouldn’t be W Singapore’s first post proclaiming support for the LGBT community though. Back in June, the team made a post in solidarity with the hotel chain’s LGBT pride campaign — though that one held a low-profile on social media.