* This article discusses episode 2 of Loki. Mild spoilers ahead.

Another episode of Loki just aired and it’s got fans gasping, laughing and leaning into the screen as the beloved God of Mischief heads out into different dimensions with frenemy Agent Mobius to catch a variant… of himself.

Or should we say, herself? Themselves?

In a high-action fight against the variant in the toy section of the Roxxcart grocery store in a not too distant future, audiences finally got to lay eyes on the mischievous variant, and it’s none other than the much anticipated Lady Loki.

Now fans of the MCU and those who have followed the series shouldn’t be surprised – her appearance was teased when early promos for Loki indicated that Loki was gender fluid.

And the mysterious Loki variant was never shown in the first episode, but from her silhouette, you know that something was up. Add in the fact that actress Sophia Di Martino has been cast in an unnamed role, you can do the math….

Who is Lady Loki? Glad you asked, here’s a breakdown of who the mysterious woman is, and how she’s related to the Loki we know and love today.

Who Is Lady Loki?

In the comics, Lady Loki is essentially the Norse God himself, in a female body. Loki is a master of shapeshifting, and across comics has taken on many different forms – Kid Loki, King Loki, Sorcerer Supreme – you get the gist.

In 2008, the creative team of J. Michael Straczynski, Marko Djurdjevic, and Olivier Coipel introduced Lady Loki in the Thor comics, and here’s the catch – this version of Loki isn’t some alternate reality, time traveling clone. Loki took on a female form and comic fans and characters she interacted with never once questioned her gender.

So don’t get it twisted – this isn’t a “girl version” or “female alternate” of Loki like all the other convenient gender misdeeds that Marvel has a reputation for, like She-Hulk or Spider-Woman. Her personality and traits are the same as the God of Mischief.

She can vary from heroism to villainy, manipulation to altruism, and is, of course, incredibly stylish. She is the character Loki, and is not an alternate version of the character.

Lady Loki has existed for a long time in the comic books, given how she is literally Loki.

Loki was first introduced in the 1949 romance and mystery comic Venus #6 by Jack Kirby and later on in the 1962 Journey into Mystery #85. He’s the child of Queen Farbauti and King Laufey, and has long been both ally and enemy to Thor. 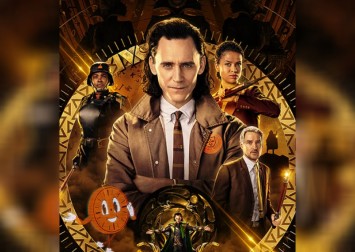 Over the years, Loki takes on many forms and takes over the human body meant for Lady Sif (an Asgardian warrior) whose spirit had been trapped inside an elderly woman in the hospital where Jane Foster works.

This big event happened in the 2008 Thor comic series, and thus marks the birth of the villain known as Lady Loki in the modern day.

Lady Loki stuck around for a few years, manipulating Marvel’s heroes just like before and became the primary version of the character throughout the 2008 Thor comics and later on Marvel’s massive ‘Dark Reign’ event.

This is the first time Lady Loki is making an on-screen appearance in the Marvel Cinematic Universe, and just like our poor HiddlestonLoki, we’re just as curious as to what she’s up to and why she’s hopping around the timeline and hunting agents of the Time Variance Authority.

Loki has taken the form of Captain America (Chris Evans), Odin (Anthony Hopkins) in the past but his powers in the MCU haven’t always been accurately defined.

There’s still much to see but so far, actress Sophia Di Martino is holding on to the mantle quite well with her smart mouth and seductive look that’s gotten both us viewers and Loki jumping into a portal with her. 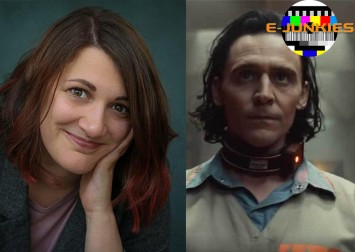 Given how Marvel intends to explore the multiverse moving forward – with hints splattered across WandaVision and of course the upcoming Doctor Strange in the Multiverse of Madness movie – Lady Loki could very well hail from an alternate dimension and universe entirely.

Her exact intentions are still vague: could this be a true act of villainy? Or just Loki being Loki? Or is there a much larger evil out there that she’s trying to stop and requires the help of the Loki we’re so familiar with?

What Lady Loki wants and how she’ll add to the overall Loki story holds much potential, but if she’s anything like her comic-book counterpart, she’ll definitely be wrecking chaos wherever she goes.

For now, we’re keeping our eyes glued to the screen everytime a new Loki episode airs every Wednesday on Disney+.