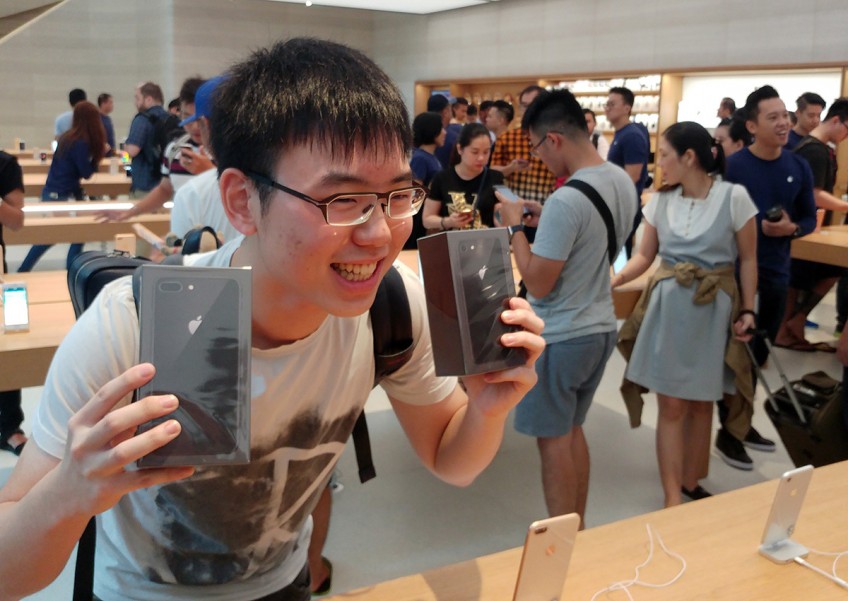 When new iPhones hit the market, they usually fly off the shelves. But with the two models that began selling Friday, there are signs demand is tepid-and some analysts say that could be a good thing for Apple Inc. AAPL -1.72 per cent

The paradox arises from Apple's unusual lineup this year. It includes the iPhone 8 and 8 Plus that arrived Friday, plus the far pricier, more advanced iPhone X scheduled to arrive six weeks later, which many Apple investors expect to be this year's blockbuster.

The upshot is that any sluggishness in iPhone 8 sales could signal more appetite for the iPhone X, said Katy Huberty, an analyst with Morgan Stanley . "From a financial standpoint, that's the best outcome," she said, because the more expensive, higher-margin model would boost revenue and profits.

The trio of phones has created confusion for some longtime customers. Jeremy Kirkland, a 32-year old marketer from Brooklyn, N.Y., woke at 2:45 a.m. on Sept. 15-when Apple started allowing preorders-to buy an iPhone 8 Plus. But he cancelled his order on Tuesday after reading a critical review of the device. He now plans to wait for the iPhone X.

"This will be the first year that a new phone will be out, and I won't have it, and I'll have to be OK with that," Mr. Kirkland said.

Lines were short at the Apple Store in Beijing's Sanlitun district, where the new iPhone 8s went on sale Friday morning. Several of those picking up the new handset said they didn't think the iPhone X would be worth the wait.