Wikipedia co-founder Jimmy Wales said Thursday that the free online encyclopedia is in good financial shape, although increasing mobile phone use may cut into future donations.

"We are doing very well financially," Wales told AFP ahead of Vivatech, a Paris tech fair for start-up companies.

"We spend less than we bring in every year," he said.

Wikipedia had "never been really good" at attracting major donors, with most of its money coming from people each giving around 15 euros (S$23) in endowment money, he said.

Wikipedia has published nearly 350 million articles, and has clocked up more than 190 billion views over the past 12 months.

But Wales also said he feared a threat to Wikipedia's business model from increasing use of mobile devices coupled with personal assistant applications like Apple's Siri. 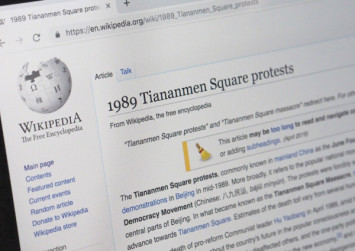 "We see a rise of people using Wikipedia in ways that don't involve websites," he said.

"We love that but you don't come to the website and see the (request for donations) banner. We haven't seen any impact yet but we worry, we think we should raise money."

Wikipedia has now launched a donations drive to build up reserves, Wales said. "Fix the roof when there's sunshine, when it rains it's too late," he said.

Wikipedia, launched in 2001, is the biggest internet encyclopedia. It is multi-lingual and ad-free.

China has broadened its block of Wikipedia to include all language editions, an internet censorship research group reported this week.

According to a report by the Open Observatory of Network Interference (OONI), China started blocking all language editions of Wikipedia last month.

The Turkish government has been blocking Wikipedia for the past two years.