A woman has become a target for doxxing after an Instagram Story of hers surfaced online in which she called for the death of all Indians.

A screenshot of her Instagram Story started spreading across social media earlier today (June 25). What apparently transpired was that the woman had been sitting on an MRT train seat when another passenger sat right next to her.

To be clear, it’s not illegal to sit next to someone on the MRT after the amendments to the Covid-19 (Temporary Measures) Act 2020 which stated that individuals are required to keep a safe distance of one metre from each other, except when in a motor vehicle or on public transport.

The woman was presumably irate as she was sitting in a corner seat — the one that only has two seats. Uncomfortable that the other passenger ignored social distancing, she stood up and walked away. But not before taking a picture of the other passenger.

“Must be you don’t understand social distancing. I hope [Covid-19] come says hi to ya,” she wrote. Then she went on an explicitly offensive spiel about Indian people in general, calling for all of them to die and “stop wasting resource on earth”. 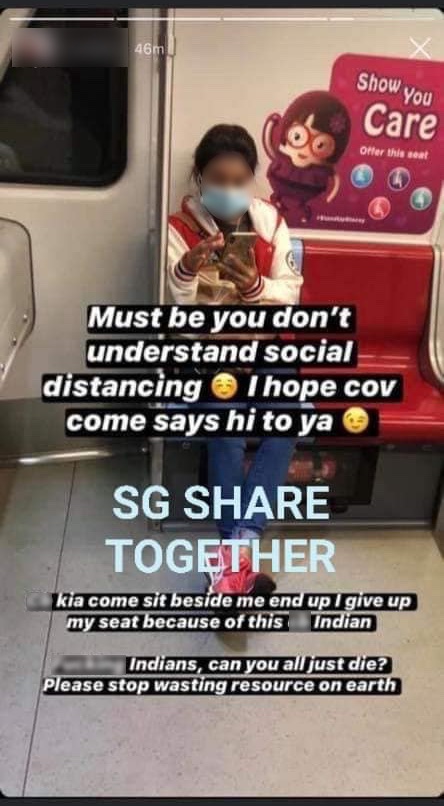 This clearly caused an uproar on social media — enough to spark a round of doxxing. The woman's full name, social media profiles and workplace were quickly shared online. 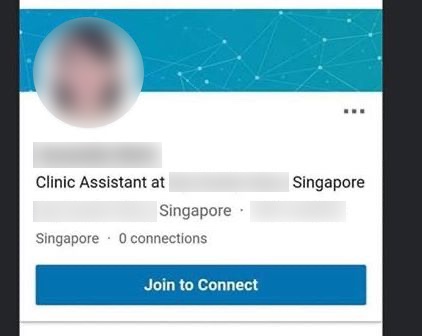 The Facebook page of her workplace — a family clinic — was inundated with negative reviews as well. 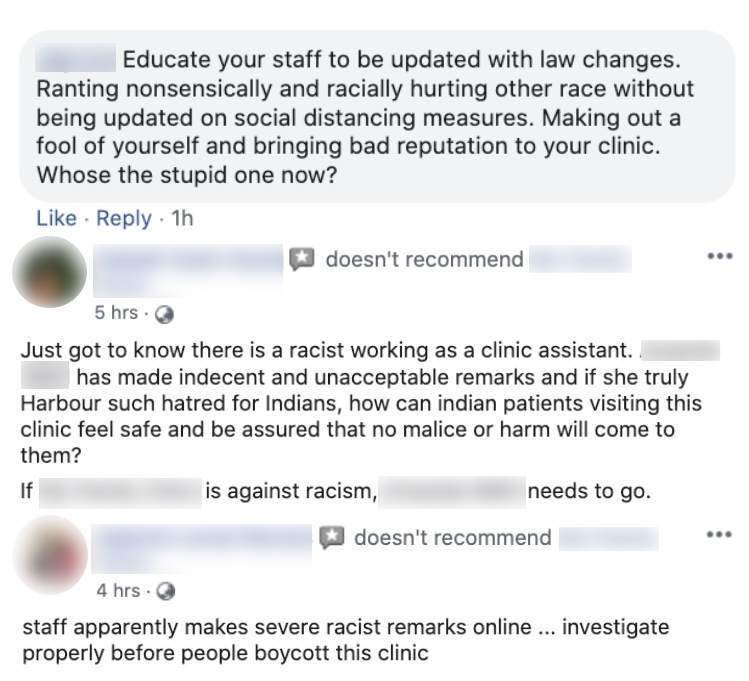 The woman has since taken her social media profiles offline.