Apple has revealed the upcoming updates to iOS 16 at the WWDC 2022 (Worldwide Developers Conference), and much of it has to do with the new lock screen experience.

The WWDC, held from June 6 to 10 is one of Apple's biggest yearly events where it announces software updates for its latest platforms and technologies.

It is mainly targeted at its developer partners, the people who write the software and apps that run on Apple platforms, but is closely followed by Apple consumers and fans as well.

Here are the top five new features announced for the iOS 16 at WWDC 2022.

Images on it will look better, with a new multilayered effect to give your photos more depth, like having subjects overlapping in front of the clock on your lock screen.

The font and colours of the date and time can also be customised with plenty of options.

iOS 16 also allows for widgets to be added to the lock screen so you can keep track of all the mundane stuff without even unlocking your phone. You also get to create multiple lock screens and switch between them with a swipe.

Live Activities is a new feature for the OS, which lets users keep track of things happening in real-time.

Instead of a barrage of notifications from an ongoing sports game, or having to unlock your phone to track your workout progress, developers can use Live Activities to provide a live update from a widget on the lock screen.

Notifications have also been redesigned to scroll up from the bottom.

Focus can also be tied to a particular lock screen. Focus is Apple's way of using tech to filter out unnecessary stuff when the user is trying to focus on something, say work, family or sleep.

Because most people are weak and cannot help themselves, Focus filters can make sure apps like Mail, Messages and Safari will only display content that is relevant to a user's Focus.

No more gaming news on Safari when you are supposed to be working.

iOS 16 provides a new seamless way to share photos with up to five other persons. This separate iCloud Shared Photo Library allows all users to add, delete, edit or favourite the photos within the library.

These photos can be shared from existing personal libraries, or set to share based on dates or persons in photos. New photos can automatically share with these libraries if the toggle is set.

SharePlay also is coming to Messages, which makes it possible to enjoy synced content like movies or songs and shared playback controls while in Messages.

Live Text, which uses on-device intelligence to recognise text, will now work with videos on top of its previous functionality with images. It also has the ability to convert currency, translate text, and more from what's on your screen.

Visual Look Up will also be able to lift an image from the background and place it in apps like Messages. It now recognises more objects, including birds, insects and statues!

Only available for users in the US, Apple Pay Later is basically another way of buying via instalments. It is a seamless way to split purchases made via Apple Pay into four equal payments spread over six weeks at zero interest rates or fees of any kind.

Users can view, track and make payments within the Wallet app.

Users can also use their ID in Wallet for apps requiring identity and age verification. Only necessary info will be shared, which users can review before consenting to share it using Face ID or Touch ID. 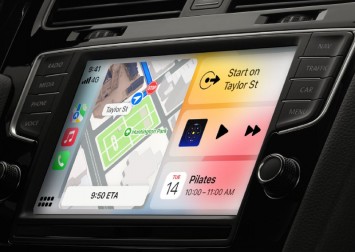 Other than the above key features revealed at WWDC 2022, iOS 16 has quite a bit more updates including new tools for Mail, CarPlay, Safari and Apple Maps.

There are more ways to track your health and workouts, set up parental controls, control Siri as well as convert voice to text. You can preview these iOS 16 updates here.

The developer preview of iOS 16 is available to Apple Developer Program members today, with a public beta for users in July. iOS 16 will roll out as a free software update for iPhone 8 and later models in Fall 2022.

The WWDC 2022 keynote presentation is below if you wish to dive in. During the event, Apple also announced the all-new M2 chip for its new and latest line of the MacBook Air and Pro 13 models, as well as updates to the watchOS.