One highlight is in terms of the cameras. All three models feature a triple camera array with a 50MP main wide-angle camera, with the Xiaomi 12 Pro and Xiaomi 12 capable of 8K recording.

The Xiaomi 12 and Xiaomi 12X have a 13MP ultra-wide camera and 5MP telephoto camera. Thus, as far as mobile photography and videography are concerned, this series of smartphones is going to provide reliable performance.

Of note is Xiaomi’s improved AI alrogithms that improves the cameras’ low-light performance and motion tracking. The Ultra Night Video will be a mode that mobile videography enthusiasts will want to try out for themselves.

Display-wise, all three models sport an AMOLED DotDisplay and scratch-resistant Corning Gorilla Glass Victus. There is also Dolby Vision and HDR 10+ support, which places the smartphones at the forefront of display technology. All of them have adaptive sync technology as well, thus the refresh rate, which can go up to 120Hz, will adapt based on the content on-screen.

The Snapdragon 8 Gen 1, in particular is of note as it’s Qualcomm’s most advanced mobile platform so far, with up to 25 per cent energy efficiency and 30 per cent graphic processing improvement compared to the previous generation. Also, it has Wi-Fi 6E support, which is the newest standard for Wi-Fi technology, boasting better speed than ever for those who have already adopted the new frontier.

When it comes to smartphones with good performance, heat becomes an issue. As such, the Xiaomi 12 Series has a re-designed cooling system with a large vapour chamber and graphite layers that aim to keep the smartphones at a comfortable temperature.

Meanwhile, the other two models support 67W fast charging, which allows the smartphones to be charged to full in under an hour. Overnight charging is quickly becoming a thing of the past, which bodes well both for battery longevity and safety. 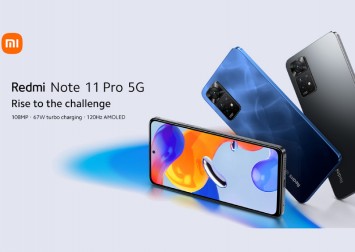 Audio-wise, the Xiaomi 12 Series features Dolby Atmos, aiming for a stereo soundscape that leaves nothing to be desired. The Xiaomi 12 Pro, in particular, has four speakers, while the Xiaomi 12 and Xiaomi 12X have dual speakers. Sure, it can’t compare to a good pair of headphones, but this is about as good as phone speakers can get.

Overall, it feels like Xiaomi has balanced out the specs, from the cameras to the processors to the displays, to give an all-around premium experience. The Xiaomi 12 Pro’s triple 50MP camera array and its 120W HyperCharge are definite highlights with this series.