Facebook is moving away from being a "digital town square" to meet growing demands for secure, private messaging on a smaller scale, chief executive Mark Zuckerberg said Wednesday as he outlined a broad vision for transforming the world's biggest social network.

Zuckerberg's announcement signals a strategic shift for Facebook as it seeks to navigate a drawn-out crisis over privacy and data protection, fueled by revelations it mishandled the personal data of millions.

"I believe the future of communication will increasingly shift to private, encrypted services where people can be confident what they say to each other stays secure and their messages and content won't stick around forever," Zuckerberg wrote on his Facebook page.

"This is the future I hope we will help bring about."

Zuckerberg said he sees a major shift for Facebook which over 15 years has helped build what he called "the digital equivalent of a town square."

He said that in the current environment, "people increasingly also want to connect privately in the digital equivalent of the living room."

Facebook has built the world's largest online platform with some 2.3 billion active users but has been criticised for enabling misinformation and manipulation, and for gathering vast amounts of personal data which may be used for targeted advertising. 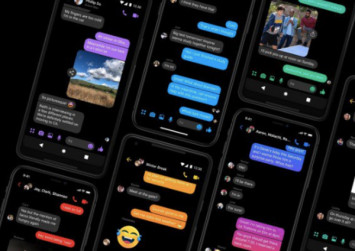 A series of revelations on Facebook's handling of personal information has forced the company to review all its operations, and Zuckerberg has been pledging to improve data protection.

His latest missive suggests however that a more broadly-focused Facebook will move away from being a public platform to emphasise smaller-scale conversations that are secure and encrypted.

"Today we already see that private messaging, ephemeral stories, and small groups are by far the fastest growing areas of online communication," he said.

"Many people prefer the intimacy of communicating one-on-one or with just a few friends. People are more cautious of having a permanent record of what they've shared. And we all expect to be able to do things like payments privately and securely."

He said public social networks would "continue to be very important in people's lives" but that with growing demand for private interactions "there's also an opportunity to build a simpler platform that's focused on privacy first."

Alex Stamos, a former Facebook chief security officer who is now on the Stanford University faculty, said the effort adroitly addresses some of the challenges for the social network.

"Right now FB gets crap (from the same people) for both invading people's privacy and not policing communications enough," Stamos tweeted.

"This is the judo move: in a world where everything is encrypted and doesn't last long, entire classes of scandal are invisible to the media."

Zuckerberg said it is becoming more important "to keep information around for shorter periods of time" because "people want to know that what they share won't come back to hurt them later."

As part of this effort, Zuckerberg said Facebook has avoided creating data centres "in countries that have a track record of violating human rights like privacy or freedom of expression" to prevent governments from using the data to crack down on dissidents, for example.

"Upholding this principle may mean that our services will get blocked in some countries, or that we won't be able to enter others anytime soon," he said. "That's a tradeoff we're willing to make."