With Phase 4 of the MCU moving full speed ahead, here are the top 10 things from Black Widow that will have long-standing repercussions on the MCU, and what that might mean to the franchise moving forward.

1. Natasha Romanoff is truly dead… but the Black Widow is not

Let’s start with the most obvious fact that many fans still are in denial of – Natasha Romanoff is dead. She sacrificed her life for humanity and now rests in peace as a hero, daughter and beloved friend. There is no clone, back door or supernatural, time travel way for her to return.

And if the Black Widow movie doesn’t give you the closure you need, take the words of actress Scarlett Johansson who’s played the role for a decade.

In an interview with Geek Culture, the 36-year-old actress said she’s happy to leave the character and this chapter of her life for good and that no multiverse will be able to revive the character.

But if you’ve seen the movie, you know that there is another Black Widow – Yelena Belova.

2. Yelena Belova is the next Black Widow

She fights like Natasha, has her heart and loyalty, but is also her own Russian assassin turned spy. Played by Florence Pugh, Yelena Belova is just as skilled at killing people as her older sister Natasha.

She adoringly keeps up with Natasha’s escapades with the Avengers and even holds hope that Natasha will take her one day. With Natasha gone, Yelena is stepping up to the plate and is proudly taking over the mantle as the next Black Widow.

3.  Oh, there are also more Widows

When Natasha left the Red Room, she thought she ended the cruel cycle and indoctrination once and for all. As it turns out, that’s not the case as Natasha’s defection made it even more impossible to penetrate and destroy the Red Room.

With that comes the consequence of a global team of female spies all over the world, chemically subjugated to kill at command.

Of course, Black Widow saw Natasha destroy the Red Room once and for all, but that leaves a whole bunch of Widows around the world, waiting to have their chemical mind-control broken.

With more movies and tv series coming out as part of Phase 4, fans may just be able to meet different Widows at different points of time and in different parts of the world.

4. Hawkeye’s got a target on his back

Clint (Jeremy Renner) may be great at shooting arrows onto targets, but now he’s got a target on his back. With Yelena reeling from the death of Natasha and led to believe that Clint is the one responsible for her sister’s death, we’re seeing a battle between the two, and soon.

The talented archer is set to receive his own Disney+ series, and Florence Pugh is due to appear in the series, so we’re waiting to see how the evolution of the Black Widow and Hawkeye relationship unfolds.

5. Was there another Captain America before Steve Rogers?

No, we’re not talking about Isaiah Bradley. In Black Widow, Alexei Shostakov/Red Guardian (David Harbour) talks about meeting Captain America, bragging about being enemies, comrades and later on even reminiscing about going head to head in the 1980s. Heck, he even asked Natasha if Steve ever mentioned him to her, which would mean he believes that he’s met Captain America before.

Except that Steve Rogers was still frozen in ice in the 80s, since he only woke up before the events of Marvel’s The Avengers in 2012. Was there yet another successful Captain America before Steve Rogers came along? Was someone else pretending to be Cap? Or was Alexei just delusional? Who knows.

What we do know is that in the comics, there were a whole bunch of men who took on the mantle of Captain America after Steve went on ice, and The Falcon and the Winter Soldier established that Isaiah Bradley is a super-soldier. Alexei is also a super soldier, so which others have there been, especially in the 80s?

The post-credits scene sees Yelena grieving at Natasha’s grave until Contessa Valentina Allegra de la Fontaine (Julia Louis-Dreyfus) shows up. Much to Natasha’s annoyance, Contessa offered her something she couldn’t refuse, which indicates that it’s a brand new job.

Of course, a new job insinuates previous jobs. And if we look at the timeline, the post credits scene takes place five years after the Blip, so what has Yelena been doing all this while?

Did she disappear, or was she around and if so, who has she been working for, and with or under Contessa? Where exactly does Yelena’s allegiance lie?

Anyone who knows Contessa from the comics knows that she’s got quite an extensive history. She’s either with Leviathan, HYDRA, a S.H.I.E.L.D Agent, and in some events, a Skrull.

Black Widow was supposed to mark her MCU debut but due to delays in the movie, Contessa first appeared in The Falcon and the Winter Soldier, where she approached John Walker (Wyatt Russell) aka USAgent with a business card saying that she’ll be in touch.

Now that this marks her second appearance, who knows where else she will appear. Loki? Hawkeye? Shang-Chi and the Legend of the Ten Rings? Contessa is up to something and is definitely meddling around with the new blood of the MCU.

8. This may not be the last we see of Red Guardian

Alexei may not be the main star of Black Widow, but the loud and slightly delusional hero caught the hearts of moviegoers, who found him rather funny, charming and quite the father figure.

With his popularity slowly growing, the likelihood of Red Guardian being a one-off appearance is pretty low. Maybe we’ll see more of Red Guardian in the future phases of the MCU.

David Harbour has also expressed interest in having a Red Guardian and Captain America confrontation with the current shield-bearer, Sam Wilson (Anthony Mackie) and we cannot wait to bear witness.

10. The Winter Guard are coming

Just like how America has the Avengers, Russia has their Winter Guard, led by the one and only Red Guardian. Is it possible that he’s their only hero? 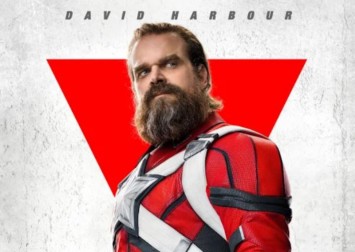 Unlikely, and a team of Russian superheroes might be just what we need to ground the rather, fantasy-driven direction the MCU has taken. Black Widow’s deep dive into all things that bleed red may just allow the MCU to segue into their extensive treasure trove of stories that don’t centre around gods, aliens, immortals and super beings.

With added interest on the remaining Black Widows, Yelena taking over the mantle and Red Guardian gaining fan adoration, it won’t be much of a surprise if the MCU starts another supergroup, and we’re not referring to The Defenders.

And there you have it, the ten things that Black Widow reveals about the future of the MCU. Whilst the movie gives Natasha Romanoff the proper send-off she deserves, and fans the closure they need, the end of this chapter can lead to so many new beginnings.