Sad that you can no longer catch Korean heartthrob Lee Min-ho on screen since The King: Eternal Monarch has ended its run? Cheer up: its follow-up drama Backstreet Rookie stars equally handsome actor Ji Chang-wook.

Based on a popular webtoon, a type of digital comic in South Korea titled Convenience Store Saet-byul, the romantic comedy stars Kim Yoo-jung as the female lead, and tells a quirky love story between a kind and innocent convenience store owner and his fiery part-time employee.

The upbeat and light-hearted drama is enjoying strong ratings and has gained attention for the great chemistry between the lead characters, and whether you are a new admirer or a long-time fan of his acting, here are 10 things to know about the 33-year-old.

He started out as a musical theatre actor

Chang-wook made his debut in the musical theatre world. He switched to acting after appearing in the 2006 movie Days and took on a series of minor and supporting roles in dramas and movies before achieving leading man status.

He never forgot his roots and has performed in various musical productions such as The Days where he was a regular cast member for a few years.

His most recent performance was in Shinheung Military Academy Musical, a musical staged by the Republic of Korea Army when he was serving his military service.

His breakthrough drama was Empress Ki

Although Chang-wook had domestic successes with his roles in daily drama Smile Again and action historical drama Warrior Baek Dong-soo, it was not until he acted in the highly-acclaimed Empress Ki, which enjoyed massive popularity both locally and internationally, that he started gaining increased popularity and recognition for his acting skills. 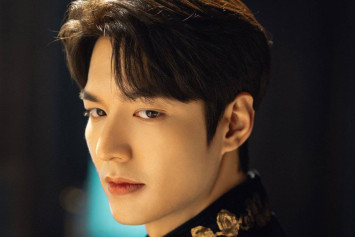 His next drama Healer greatly boosted his popularity overseas and kick-started his career in China.

He can speak mandarin

Did you know that the talented actor can speak Mandarin?

Not only did Chang-wook act in a Chinese youth drama The Whirlwind Girl 2, he even released a Chinese mini album Be With You where he sang three songs in Mandarin.

During an interview to promote the drama, he shared that one of the struggles he had when learning the language was the four intonations, and there would often be misunderstandings due to him saying things in the wrong tone.

He will also be appearing in an upcoming Chinese drama Mr Right.

He did his own stunts in action drama The K2

The athletic actor underwent special training in martial arts for his role as an elite bodyguard in action drama The K2. It was the first Korean drama to use the Matrix-style Bullet Time effect and showcased various fighting techniques such as jujistsu, aikido and taekwondo.

Chang-wook performed all of his stunts and did not use a body double. In an interview with Sports Chosun, he said that this was the most strenuous project he had done so far and he was going to take a break from action scenes for the time being.

Chang-wook and his Healer co-star Park Min-young had so much chemistry, they even won the Best Couple award at the 2014 KBS Drama Awards.

However, when asked on a past television interview if there was any actor he had kissed more than Min-young, Chang-wook revealed that he kissed fellow actor Kang Ha-neul in their 2011 musical Thrill Me so many times over three months of performances that he lost count.

According to Chang-wook, “We really kissed a lot. And it was not just any kiss. They were all very deep passionate kisses.”

He has done voice acting

Chang-wook was chosen to be the voice of main character Taki in the Korean-dubbed version of the extremely popular Japanese animated film Your Name. Actress Kim So-hyun voiced Mitsuha, the female lead.

The barrier-free movie included screen commentary and Korean subtitles so that hearing-impaired people would also be able to enjoy the movie.

As a gesture of goodwill, Chang-wook and So-hyun donated their voice acting fees to the Korea Barrier-Free Film Commission which promotes Korean cinema works to hearing and visually-impaired moviegoers.

He has appeared in K-pop music videos

Thanks to his dashing good looks, Chang-wook has appeared in a few music videos including solo singer K.Will’s I Need You and female singer Younha’s We Broke Up Today.

He has also appeared in popular K-pop girl group T-ara’s Cry Cry and Lovey Dovey as well as boy group SPEED’s That’s My Fault and It’s Over.

He advocates for disability rights

The prolific actor recently collaborated with MIRAL Welfare Foundation, a non-governmental organisation for a campaign named “How You See Me?” It promotes the acceptance of the civil rights of the disabled citizens of South Korea and aims to reduce stigma and prejudice. 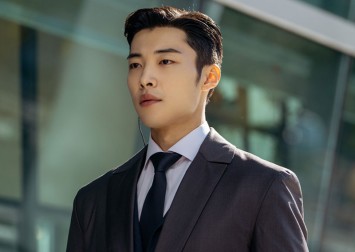 Not only did Chang-wook take the time out of his busy filming schedule for Backstreet Reunion to participate in a photo and video shoot, he also donated his talent fees in a show of support for the campaign.

He is a biker

Scroll through Chang-wook’s Instagram feed and you will notice that there are many photos of motorcycles.

The actor enjoys riding motorcycles and he even suggested a motorcycle trip theme when he did a photoshoot with 1st Look magazine.

During the interview, he shared that he enjoys riding because it helps him to resolve his built-up emotions and worries.

He is extremely filial

On an episode of reality show Labourhood on Hire last year, Chang-wook revealed to Yoo Jae-suk that his father had passed away when he was young and that he was still living with his mother.

When Jae-suk commented that he was such a good son, Chang-wook explained that he grew up watching his mother have a hard time, so he tries to be good to her.

He thinks that it’s better to spend time together rather than just give her things and he regrets that he can’t spend much time with her due to his work even though they live together.