All 200 seats for an event to pay tribute to Singapore actor Aloysius Pang have apparently been snapped up.

An online registration — set up by NoonTalk Media which is run by his manager Dasmond Koh — is no longer accepting reservations.

Pang, 28, died in January after sustaining serious injuries during an SAF training exercise in New Zealand.

Pang, who was on reservist duty, was crushed between the gun barrel and cabin while carrying out maintenance work in a Singapore Self-Propelled Howitzer.

Two soldiers were given fines recently by a military court for their roles in Pang's death.

On Thursday (Dec 26), Mr Koh announced on NoonTalk Media's Instagram page that a small memorial will be held in its office on Jan 5.

Noting that it has almost been a year since the tragic incident, the statement said: "As January approaches, we are preparing a simple memorial so that friends who miss Pang can come together."

Noting that the get-together will not feature any special highlights or performances, the statement added: "Friends and the media are welcomed to come to NoonTalk Media's office at 3pm on Jan 5, but there are only 200 seats. 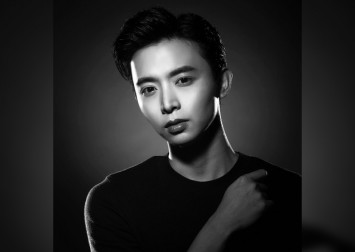 "Don't spend money to buy something.

"If you want to, you can write your thoughts down in a letter or card. See you then."

Pang's death was mourned by many in Singapore, including his girlfriend, actress Jayley Woo, 28, who posted online then then that "my world is gone".

"Why have you heartlessly left me behind?

"I did not have the fortune of being your wife in this lifetime. We must definitely get married in the next.

"Appear in my dreams often, understand?"

She has since told the media that her twin sister Hayley was instrumental in helping her to recover from the lowest point in her life.

CFC (NS) Aloysius Pang, who was participating in a military exercise in New Zealand, died four days after suffering...

Posted by The Straits Times on Wednesday, January 23, 2019