Eison Ai, the husband of Taiwanese actress Hitomi Wang, fell to his death on the morning of Aug 17, 2022.

Malaysian singer Eison Chai, the husband of Taiwanese actress Hitomi Wang, fell to his death at around 10am today (Aug 17).

According to Taiwanese media, the 40-year-old fell from a building near Exit 3 of Taiwan's Luzhou MRT station. He was pronounced dead on the scene and was not transported to the hospital, Taiwan police stated.

It was also reported that preliminary investigations suggest Eison is suspected to have fallen from the balcony at the rear of a kitchen on the seventh floor.

He was allegedly in a bad mood last night and went to said building to visit his 35-year-old wife. However, the latter left for Yilan for work this morning. He reportedly locked himself in the room before he ultimately fell from the balcony.

A spokesperson from his agency Phoenix Talent Company stated: "We are very shocked to receive such news. Eison was akin to family and it's hard to accept the fact that he has died.

"At present, we are doing all we can to prepare for his funeral and sincerely ask everyone to give Hitomi space and time to herself as we continue processing and understanding the incident with the help of the police." 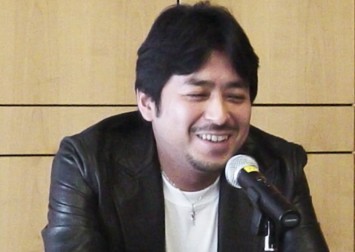 Hitomi has yet to comment on his death, Taiwanese media reported.

The couple, who married in 2020, celebrated their second wedding anniversary on July 28.

Eison last appeared on a livestream two days ago on his Facebook account, where he sang for his audience. The video has since been removed from the account.

He was the champion of the second season of the singing competition Taiwan's Super Idol held between 2008 and 2009.

He also wrote on a separate Facebook post, which has also been removed: "Love is the most difficult subject in the world, but also the easiest. Love her and you will have eternity!"