5 celebrity single mums in Singapore who defy the odds

They may be single by choice or divorce, but these celebrity single mums in Singapore prove that life is all about learning from the lessons of the past and moving forward.

Let’s check out these multi-tasking super mums who juggle their single life with career and kids.

Former Mediacorp actress Jacelyn Tay shocked us all on November 18, 2018 when she announced on Instagram her divorce from her husband of eight years.

Jacelyn, who founded wellness centre Body Inc and is now a health coach, did not reveal the reason.

“I do not think I owe anyone the reason for divorce except to my son. Even if you guys know, you can’t help or change anything for us”, she wrote. 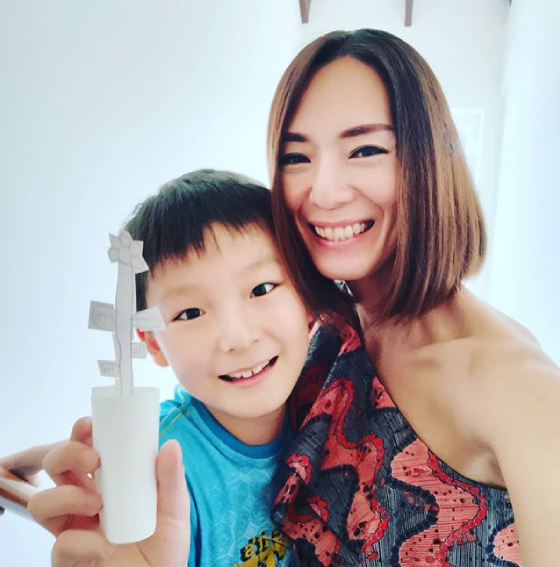 “Happiness is never upon others but self. I always choose to be happy and optimistic no matter what happens. Only a happy person can bring happiness to those whom we love…”

They were once Singapore’s dream couple, and actors Wong Li-lin and Allan Wu seemed to have it all. It’s been four years now since they parted ways.

While Allan seems to have found love again, Li-lin soldiers on with their children, son Jonas and daughter Sage.

She once wrote in an article on Today: “Divorce and getting back on my feet was one of the hardest things I had to go through. The entire process was draining on all fronts.

“Doing all you can to maintain stability, to keep them (kids) feeling secure while their parents are clearly losing it, required resilience, perseverance and depths of compassion.” 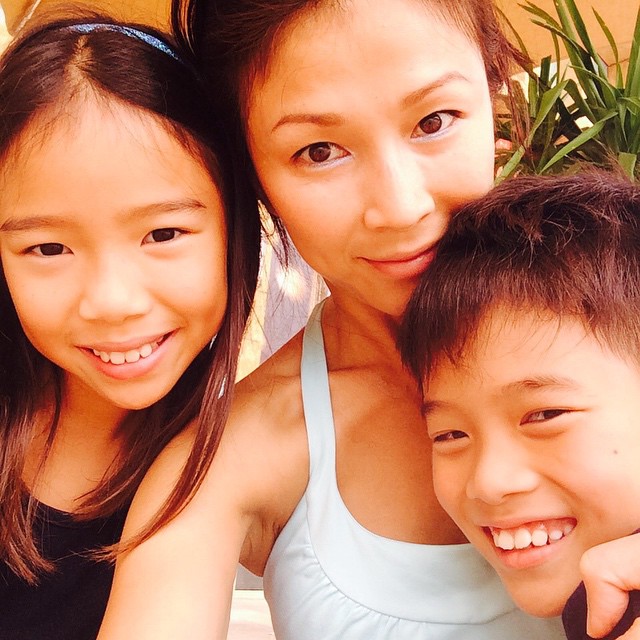 “I had to parent. If that meant being mum, dad, grandparent and friend, and if it meant learning to kick football, then that’s what I did. I coped by putting one foot in front of the other.”

There is no bitterness towards her ex. “Allan is a very loving dad, he loves his children very much. While estranged, he and I will always be connected because of the children.”

She also told the kids: “Divorce does not make mum or dad a better or worse person.”

Another fairy tale ended when former Miss Singapore Universe and actress, Jaime Teo, and ex-radio DJ Daniel Ong, revealed their decision to separate in 2016, after nine years of marriage.

They have a seven-year-old daughter, Renee. The couple were business partners too, having founded Twelve Cupcakes together in 2011; it was sold earlier this year to an Indian tea company.

Both Jaime and Daniel make for great co-parents, and emphasised: “Though our journey as a couple has ended, we will always remain friends and our focus is now on giving Renee as normal a childhood as possible.”

Daniel had revealed how he went to hell and back over their divorce; he is now in a much happier space though, having found love again with art teacher Fay Tan. 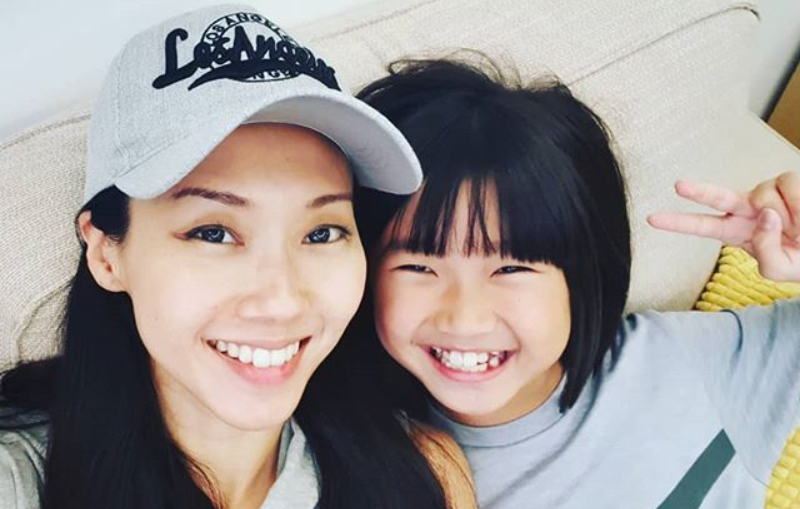 Jaime, meanwhile, remains single and unattached and is currently content playing mummy. She tells 8 Days, “I’m very hands-on in taking care of my daughter Renee, and so is Dan.

"Being a mummy is really a full-time job — I’m either planning play dates for her or planning things to do with her. That takes up a lot of time!"

Jaime is also a fitness enthusiast and advocates leading an active lifestyle. In fact, her Instagram account is filled with videos of her home workouts, “I think I get more me-time now compared to the past and that’s good. When Renee is with daddy, I get time to myself. It’s worked out well.”

She is known as Singapore’s wild child, and Maia Lee is no stranger to news and criticism. Love her, or hate her, you just can’t ignore her.

The former Singapore Idol contestant, famous for her tattoos, quit secondary school when she was only 15. By the age of 26, she had already given birth twice, as a single mum.

This mummy of son Tyrese, and daughter Julka Phoenix Lee-Zidov (Kaka) may not believe in societal norms but does not compromise when it comes to her children and their happiness. 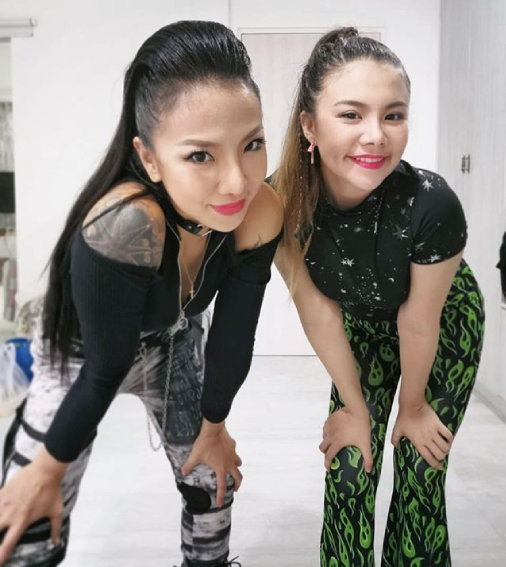 When asked about her plans for her children, she once told theAsianparent, “I don’t have plans for both of them. I’m going to let them explore for themselves.

"I’m not adamant about them finishing school. It’s up to them to choose what they want to do.”

Kaka is already one of Singapore’s top child models. “Kaka started modelling and competing in baby shows since she was seven months old,” Maia said.

Apparently, Maia choreographs the group’s dance performances, and even designs and sews their costumes from scratch!

She was once well-known for her ‘assets’, and was signed on by the now-defunct TV station MediaWorks.

In 2006, Ann Poh made news in Singapore when she separated from her husband of eight years, citing spousal abuse.

Today, Poh, the mummy of two teenage daughters, bears no grudges and believes in letting go of the past. “Any decision that involves our (girls), we will discuss it together,” she said

She now works as an administrative officer at a real estate company, a far cry from her glamorous days. 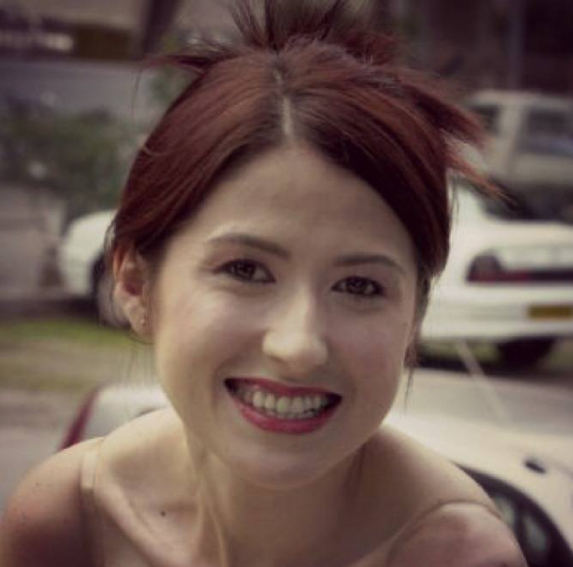 Apparently, she went through a really tough time after her divorce. She was by then retrenched from her company, and unable to find another job in Singapore.

For 18 months, she lived in Guangzhou, China, selling silver jewellery online to earn a living. Her ex-husband and her mother-in-law cared for her daughters during that time.

She told The New Paper: “(When I was in Guangzhou) I missed my children a lot and had to hold back tears so that they would not know that I was sad.

“My daughters, especially the younger one, would cry. But I had to be strong. I knew then I had to upgrade myself and be better for myself and my children.”

Later, she got a diploma in tourism from the Tourism Management Institute of Singapore while also doing a part-time administrative job. She also worked as a tour group leader before finding her current job.

Her children still live with her mother-in-law and she hopes that one day, they will be able to stay with her. “Making ends meet and supporting my children are top priorities right now.

"I have to be stronger, fight harder and be better for myself and my children.

“You must stay positive and love yourself. Everything will be okay when you put your heart into it.”

Correction: An earlier version of this article incorrectly said that Daniel Ong has found love again with Linda Lee. It should be with Fay Tan.