His new action comedy Enter The Fat Dragon was supposed to be released in Chinese cinemas on Valentine's Day Feb 14. But with cinemas closed to curb the spread of the Wuhan coronavirus, the movie got an online-streaming release instead on Feb 1.

Nonetheless, Donnie Yen's heart is with those affected by the outbreak.

In the music video Wuhan, Are You Okay?, the Ip Man star voiced his support for frontline medical workers alongside 50 other celebrities ⁠— some of them the biggest names in China, Hong Kong, and Taiwan, such as Li Bingbing, Zhao Wei, Zhou Xun, Alan Tam, Jackie Chan, Nicholas Tse, and Jay Chou.

"Wuhan, hang in there!" they chorused.

Footage of the stars are interspersed with heart-rending clips of medical personnel working courageously and tirelessly through the outbreak.

The song, released on Feb 1, is performed by Chinese artistes Chang Shilei, Doudou, Li Xian, and Wuhan-born Zhu Yilong. The lyrics express concern and gratitude towards the unsung medical heroes who sacrifice themselves for Wuhan.

Other celebrities have similarly lent their support and influence through song. 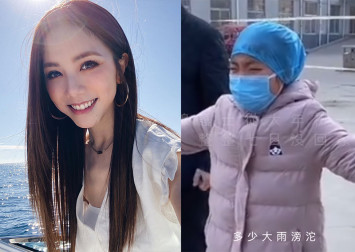 Deeply moved by the viral clip of an unidentified man who left boxes of surgical masks at a police station and ran away before the policemen could thank him, Chinese singer-songwriter G.E.M wrote the song Angels to honour him and others who have stuck together in this trying time.

"Maybe in the larger scheme of things, you think you can't do much. But what you don't know is that actions you think are 'insignificant' actually bring a lot of warmth to this world," the 28-year-old wrote in the captions.

Singapore artists have also been inspired. Songwriter-producer Eric Ng's Funkie Monkies Publishing and The Songwriter Music College revealed a preview of their English song Braver, Together before its release this Friday.

Folks at The Songwriter Music College and Funkie Monkies Publishing have come together to put up this song for you,...

Posted by The Songwriter Music College on Monday, February 3, 2020 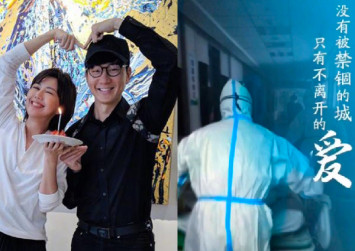 Home-grown celebrities JJ Lin and Stefanie Sun are among the first to release a song in support. Their video ends with the message: "With love that won't leave, no city is on lockdown," reminding those affected that they are not alone in the fight.

For the latest updates about the Wuhan Virus, click here.