Local actor-host Marcus Chin has made headlines in the past for his "old cow eat tender grass" extramarital affair but he isn't shying away from his past.

On the latest episode of the meWATCH talk show Hear U Out, the 67-year-old openly admitted to his mistakes in the past — especially with how he spent his hard-earned money.

At the height of his career in the '80s when he was invited to perform across Southeast Asia, he was making US$400 (S$544) a day in Indonesia. He would usually be there for two months and his total earnings for each work trip worked out to US$20,000.

However, he wasn't savvy with his money despite having the financial ability to buy a landed property "after every gig in Indonesia".

When asked by host Quan Yi Fong on what he splurged on, Marcus replied: "Food, drinks and merrymaking. Nobody gave me a wake-up call. I didn't know how to manage my money."

Yi Fong pressed him further, explaining that he must have had some "bad hobbies" that cost him to burn through his earnings as "food and drinks wouldn't have cost you so much".

Though she suspected he was gambling, Marcus said he actually stopped gambling once he left performing in theatre.

"I was young and I sought female company. I had to spend money on them. I had to buy them handbags and watches as well. There're branded cigarette lighters also. They cost more than $300 apiece. Watches cost thousands of dollars," Marcus shared, adding that he had to prepare his own costumes and those would cost quite a bit.

His bad spending habits actually started after he joined the Haiyan Opera Theatre in 1979 when it was "on its last legs".

He was earning quite a bit, with a base pay of $1,000 a month, and could get extra incentives if he starred in skits and plays or wrote a script. 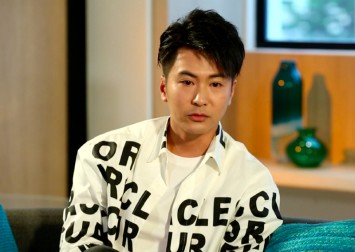 "I started betting on horses, drinking and smoking. You name it, I did it. I enjoyed female company," he confessed, describing himself as a "wild horse on the loose".

Marcus added he stayed out until 3 to 4am and when he returned home, he would see his mother looking out the window of their flat on the fifth floor, presumably waiting for him.

While recalling this memory, Marcus seemed visibly affected by his past actions as he teared up. He admitted that he was unrepentant despite witnessing his mother's worries.

"I would hit the bottle and get drunk every day... [My family] couldn't stop me."

That memory of his mother has stuck with him and he advised: "Young people, be filial to your parents before it's too late for you to do so."