It may come as a surprise that Crazy Rich Asians, which is mainly set in Singapore, has only one cast member speaking full-on Singlish.

On whether she was required to tone down or play up her Singlish, the 58-year-old told The New Paper: "I don't think any director can control a comedic actor.

"Jon Chu just let me speak in my Singlish accent and his only request was to pronounce my mispronunciations clearly. Is that an oxymoronic situation?"

The preparation for the role was "easy". 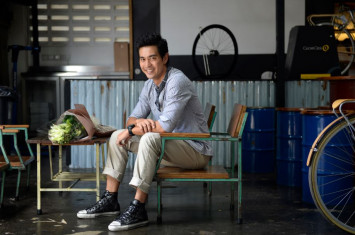 The film-makers wanted Neena to be an Asian version of legendary US actress-comedienne Lucille Ball, and Koh is a longtime fan of Ball's landmark TV sitcom I Love Lucy.

When asked if Neena is the more posh version of her character Dolly from the hit local 90s sitcom Under One Roof, she joked that the only difference was that Neena's hair is piled higher.

The unlikely couple have great chemistry - and even a scene where they canoodle aggressively on a couch.

"The Gohs are just having their own romcom... We just went for it when the director called 'action' and had lots of fun," she said.

Her first impression of Awkwafina, 29, whose real name is Nora Lum, was of a "sweet gentle girl, very different from her public persona".

Said Koh: "I appeared for a photo shoot prior to filming and she just hugged me and called me mum. She remarked that the casting was perfect. I took a look at her and said 'ditto'." 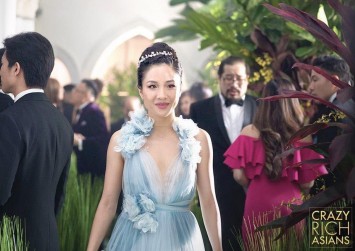 Koh was proud that she could hold her own in her Hollywood debut.

She said: "It was not work at all. It was just getting together, bouncing off each other's reactions and eating the props when we can in between shots.

"Just having fun was the order of the day.

"For all of us in Crazy Rich Asians, I think it is a unanimous feeling that the cast and crew have found friends on a personal level."