Baby Number Three is on the way for Ada Choi.

The Hong Kong actress and her husband, Chinese actor Max Zhang, announced via a video on Weibo on Friday (June 28) that they are expecting their third child.

In the video, the couple are teasing each other when Zhang asks Choi: "Do you have another person in your tummy?" 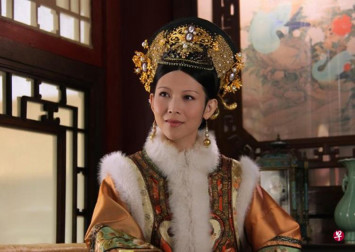 Zhang asks: "What is there to be scared about?"

Zhang smiles and says: "Everyone is not scared."

Zhang confirmed the good news to the Hong Kong media later, as he said the pregnancy was unplanned.

Choi and Zhang, both 45, met while filming the TV serial The Paradise in 2003. They have been married for 11 years and have two daughters, aged eight and six.