After Crash Landing On You finale, here are other K-dramas to binge-watch on Netflix

The K-dramas of today have come a long way since the sappy, melodramatic ones that had characters who could literally cry Justin Timberlake a river. There's still romance - at every level from comedic to heart-wrenching - sure.

But there are also fantastical and magical elements, with everything from Grim Reapers to deities and demons, CGI sequences that are almost as realistic as The Lion King, and action scenes that could belong in the next Fast and Furious instalment. All of which contribute to the global success of Korean shows.

There are more than a few dozens of these dramas available on Netflix, with many of them making the most-popular lists peppering the Internet. But since everyone has just 24 hours a day to sleep, eat, work and adult, we're rating the seven we've watched, so you know which ones are worth forgoing the extra hours of sleep for. 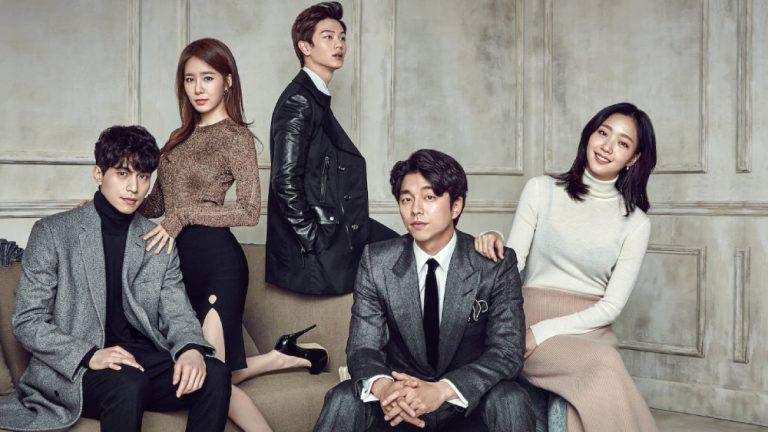 What is it: A romantic fantasy drama starring Gong Yoo, who rose to global fame with the Korean movie Train to Busan, as the goblin Kim Shin, who's been cursed to live as an immortal until he finds his "bride", the only person who can kill him by removing the great sword embedded in his chest to let him finally rest in peace.

Our take: This writer is enamoured with Gong Yoo, so this is definitely on the worth-watching/must-watch list. The main romance sounds earth-shattering - imagine if your only wish in your 993-year-long life is to die and you fall in love with the only person who can make your wish come true - but there's just something missing between Gong Yoo and Kim Go-Eun that really sells it.

So instead, it's the bromance between Kim Shin and the Grim Reaper (Lee Dong-Wook) and how they make every episode look like the finale of some modelling competition that you'll want to stay for. The cinematography's breathtaking, as is Lee Dong-Wook's ability to cry buckets and still look so pretty. 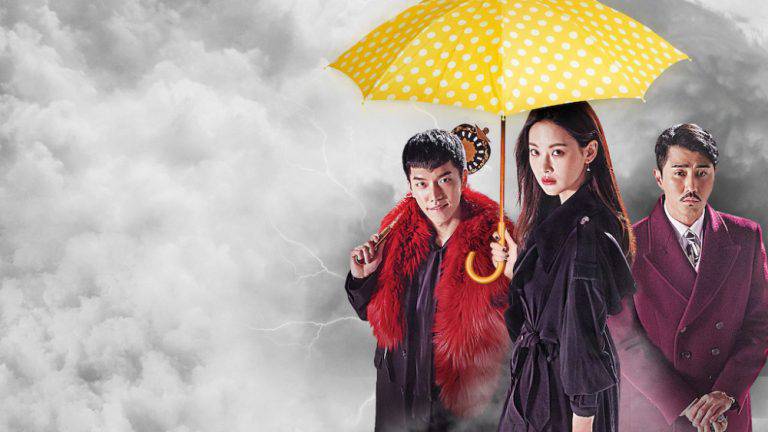 What is it: A re-imagination of the popular Chinese story of Journey to the West, this fantasy drama series stars Lee Seung-gi as Monkey God Son Oh-gong, and Oh Yeon-seo as Sam-jang, whose fates get intertwined following a series of encounters.

Our take: You're bound to feel a little weirded out if you watch this knowing some version of the characters and plot of the classic Journey to the West because the monk Tang Sanzang, who was the Monkey God's master, is now a woman who can see ghosts.

But if you get past the warping of the master-disciple relationship into a romantic one and how the story turns the rivalry between the Monkey God and the Bull Demon King (Ma-Wang, portrayed by the hilarious Cha Seung-won) into a comedic love-hate friendship, you'll find this series quite an enjoyable binge.

Heck, you'd even find that cringe-worthy V-shaped fringe - that no one except Lee Seung-gi could carry off - endearing at the end of it.

3. DESCENDANTS OF THE SUN 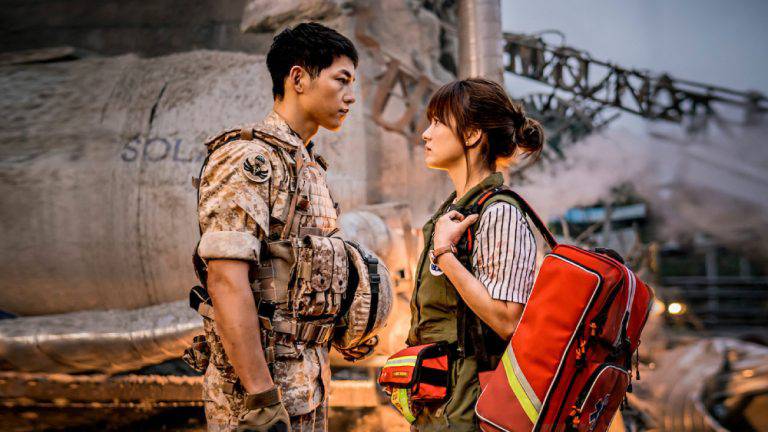 What is it: The K-drama TV series that spawned many a spin-off, engagement proposal setting, pre-wedding photoshoot, and even a theme park and couple-kissing statue. Oh, you mean the story? Boy meets girl, they fall in love, they break up, they reunite - just more on an Asia-is-madly-in-love level, at least until Song Joong-ki (who plays Yoo Si-jin) and Song Hye-kyo's (who plays Kang Mo-yeon) divorce.

Our take: South Korea's attempt at trying to raise the stakes of a simple love story by staging it with a military background is applaudable.

However, while there were many iconic scenes - such as how Yoo Si-jin knocked Kang Mo-yeon's mobile phone out of her hands with one hand and caught it in another, how he tied her shoelaces for her on a battlefield, and the one where he stepped out of the military helicopter in slow-mo accompanied by the background soundtrack (we love the OST almost as much as we love Goblin's OST) - this series just fell a little short off the mark for us, because it just lacks the finesse that American action dramas are able to deliver. 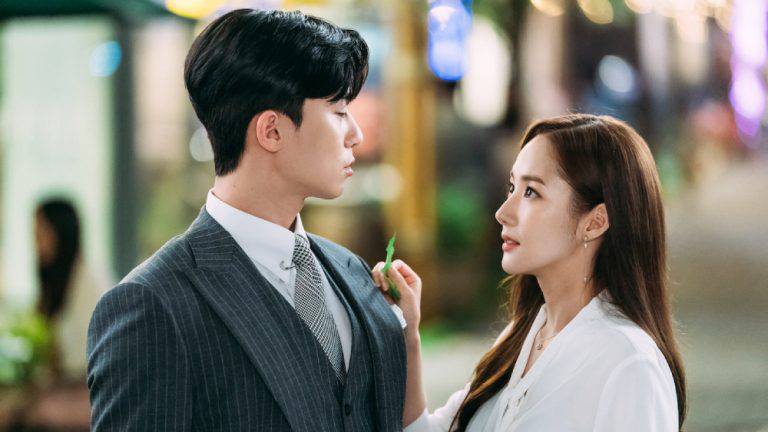 What is it: Park Seo-joon and Park Min-young star in this lighthearted rom-com about a narcissistic CEO falling for his secretary after she decides to resign from her job.

Our take: This K-drama series is as K-drama as it gets, in terms of the simple love story and watching the leads find their way to each other. The actors have the comedic beat down pat, and their easy chemistry makes this a binge-worthy show over the next long weekend.

We think the reason why the Park-Park couple (although the pair have refuted rumours of a real-life relationship) never made it as the next Song-Song couple was because the stakes in the show never got too high - although we'd rewatch this over Descendants of the Sun any time. 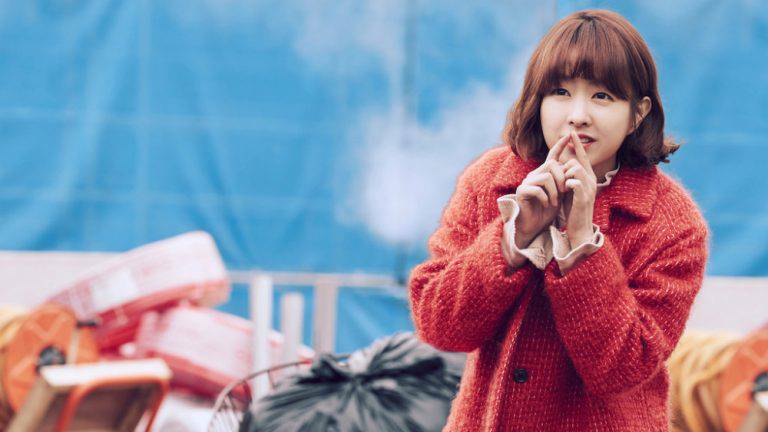 What is it: A petite and harmless-looking girl (woman, really) played by Park Bo-Young, who has superhuman strength, gets roped in to protect the CEO of a gaming company Ahn Min-hyuk (played by Park Hyung-sik), who has received anonymous threats and is being stalked.

Our take: This K-drama sure had fun turning the trope of a damsel in distress on its head. Park Bo-Young's girly looks and cuteness sell the part, and it's truly enjoyable to see her chemistry with male leads Park Hyung-sik and Ji Soo.

The drama never takes itself too seriously and is evenly paced, so the 16 hour-long episodes never seem to drag on, unlike many K-dramas.

American TV network The CW was going to have an adaptation of the series, but it wasn't picked up - well, we're heaving a sigh of relief at that because they cast Ronda Rousey, a professional wrestler, as Bong-Soon, which really we think is just a wrong interpretation of the "petite and harmless-looking" part of the character. 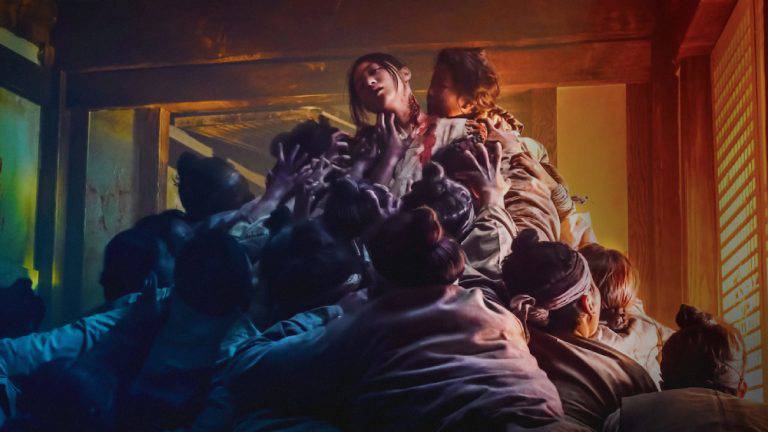 What is it: Netflix's first original Korean series is a zombie show that's set in the medieval Joseon period. Basically, it's like The Walking Dead, but set in a different country and time period.

Our take: Okay, we confess that we're only one-third through the six-episode series, but it's so intense we had to take a break from it. The zombie sequences are suspenseful, and well-contrasted with the less action-packed scenes.

And the above still from Netflix captures the climax that comes after the apprehensiveness and showcases the absolutely magnificent cinematography. We're working hard to gather our courage to face the gore and intensity of the series, as we wait with bated breaths for the announcement of the premiere date of the second season.

When we have more time to Netflix and chill, we'll try to update this list with more K-dramas we've yet to watch, like Sky Castle, Arthdal Chronicles, Stranger, Mr Sunshine and more.