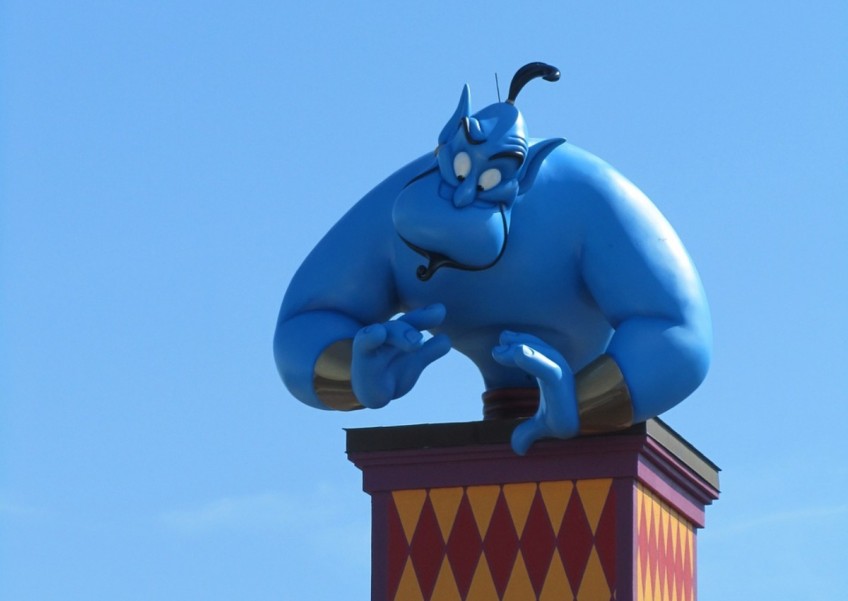 LONDON - The street rat is back - and this time in the flesh.

Disney has announced that it is planning to release a live-action adaptation next May of its animated classic Aladdin, the ancient tale of the penniless market boy who, with a little help from a certain genie in a lamp, marries the headstrong Princess Jasmine.

The remake, shot in London and on location in Jordan, is directed by Guy Ritchie and stars Will Smith as the Genie, Mena Massoud as Aladdin and Naomi Scott as Princess Jasmine, Disney said.

One early fan is Will Smith himself, who took to Instagram to share his enthusiasm for his latest role: "LEMME OUT!! Can't wait for y'all to see Me BLUE! :-)", he wrote.

Disney, which released a teaser trailer on YouTube to spread the word of its new production, said the film score includes new songs as well as re-recordings of the original songs written by Alan Menken and lyricists Howard Ashman and Tim Rice.