The 32-year-old actress has confirmed that she quietly welcomed her baby earlier in 2021, and Alicia is already loving the challenge of motherhood.

She told People: "I now have a whole new understanding of life in general. That's pretty beautiful, and obviously will give a lot to any of my work in the future."

The Hollywood star is relishing her experience of motherhood - although she's keen to keep some aspects of her journey private.

Asked to sum up how her life has changed since giving birth, Alicia - who has been married to Michael since 2017 - explained: "I think I'll wait with that one. I'm enjoying finding it out in the moment right now, more than anything."

Alicia and Michael, 44, are famously guarded about their private lives, but they were recently spotted with a baby during a trip to Ibiza. 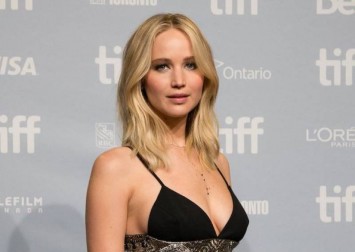 The actress previously admitted that having children has always been an ambition for her.

Speaking in 2017, she shared: "I don't even have children, and it's the wonder of my world.

"I've always wanted kids. I've never been pregnant, but I hope to have a family one day. And it's both the expectation and knowing that it should be the greatest experience of my life - and suddenly from one day to another, it's a reality; it's a new chapter of your life."

Alicia and Michael actually met on the set of their 2016 drama movie The Light Between Oceans.

And the actress recently confessed that she'd "love" to work with her husband again one day.

Alicia said: "I would love to work with him one day, but we're very much individuals, which I love and I think is good in any relationship.

"We both take on parts because it's a film that is right for us, so it would have to be the same if we were ever to work together again."