To All The Boys star Noah Centineo is as romantic as his character, says a girl's 'first time' should be respected

In a popular medical drama, a character once asked: "Do you know how rare it is that someone like him even exists? He still believes in true love and magic and soulmates."

While that may be the stuff of fantasies and simply words that a television writer cooked up for dramatic effect, we all know that real life can imitate reel life. This time, it comes in the form of American actor Noah Centineo — who, from our interview, seems to be as romantic as his character Peter Kavinsky in the hit young adult romantic-comedy film To All The Boys: Always and Forever.

In the last film of the trilogy, Lara Jean Covey (Lana Condor) prepares for the end of high school and the start of adulthood, and things get tricky with her boyfriend Peter when she makes a life-changing decision to attend New York University instead of Stanford University like they previously agreed.

When asked by AsiaOne during a Zoom interview last week if he believes love can overcome anything , 24-year-old Noah replied without missing a beat: "Yeah, I believe so. Love is one of the driving forces for the world, right? Given love or fear, I think love is way stronger.

"I think you can overcome almost everything and anything with love because even if you really disagree with something someone's done, or someone's truly hurt you, you can still choose compassion for the individual and I think that comes from a place of love."

And if that doesn't make you swoon — because how many people still have such steadfast belief in the magic of true love? — Noah told the media that he hopes young men learn from Peter and how respectful he is of Lara Jean when it comes to her losing her virginity.

He explained: "I think that having sex for the first time, some people think it's sacred, right? It's a very intense and special moment. To those who feel that way, which I think is the majority of people, that needs to be respected and that needs to be catered to, and I love the way that Peter does that with LJ (Lara Jean) — going so far as to stop when it doesn't feel right."

"Shut up and listen to them"

The similarity between Noah and Peter and their take on love and romance, doesn't end there though. When discussing the best of Peter's traits, Noah said he likes how nurturing and protective the character is towards Lara Jean, and how he makes her feel special and pays attention to her.

And though he may not have held a speaker over his head outside someone's house like his onscreen persona did (at least we think so since he didn't confirm if he did), he said there are many ways to do grand romantic gestures and it can be as simple as "holding space" for someone.

Noah said: "If you've done something and you didn't mean to hurt that person's feelings, and they're telling you what they think you did wrong, and you disagree with them fundamentally, it's still romantic to be able to shut up and listen to them and to not make them feel like an idiot...

"I think [with] romantic gestures, if it feels right, do it. I'm always just fully committed to those moments myself."

One thing that he did reveal, though, was how he would ask someone to prom, although he never attended prom before.

"Maybe base jump off of something with the parachute on and when I pull the parachute, it says 'Prom?' and then I land," he described with a sheepish grin.

After Noah made his debut as Peter three years ago, his star power — especially among the younger demographic — rose dramatically and he was minted as the 'internet's boyfriend'. He also became a bona fide leading man in young adult rom-coms, evident by his roles in Sierra Burgess Is a Loser, Swiped, and The Perfect Date.

Understandably, his personal life has changed a lot, such as the growth of his following and expansion of his social circle, but that just means he has more to think about when it comes to the motivations of those who want to get close to him.

Read Also
Dreams over practicality: To All The Boys star Lana Condor's gamble paid off when she chose X-Men over going to college 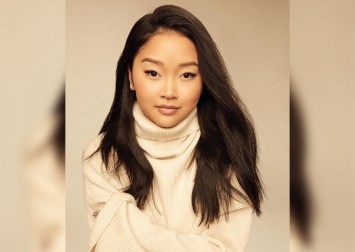 He shared: "You have to always ask yourself, 'why are certain people now in my life?' Or like, 'why are people trying to be friends with me? Is it because they have my best interests in mind or is it because they want to be close to someone who has millions of followers?' Those little details change for sure."

That said, the boyishly handsome actor maintains that despite doing this for three years, he's still almost the same guy as before, albeit with more life experiences.

"I feel like I've grown a lot, as we all do, the more experience you culminate on this planet... The more you work, the deeper your connections with people go, the more know-how you have on set and it prepares you for the next project...

"You learn to appreciate little things, and I don't know, I feel like I've grown a good amount. But I'm also probably the same exact person, so I probably haven't changed that much."

To All The Boys: Always and Forever will be available on Netflix from Feb 12.