Aloysius Pang's Young & Fabulous to be released again, proceeds will go to family

SINGAPORE - Young & Fabulous, the 2016 film starring late actor Aloysius Pang, will take to the big screen again in a special release done in his memory.

It will be released in selected cinemas from Tuesday (Jan 29), local film distributor Encore Films announced on Sunday.

All proceeds from the screenings, after third-party costs, will go to Mr Pang's family, the firm said in its Facebook post.

Producer and director Joyce Lee said the death of Mr Pang, who she described as a "dear friend" that she treated like a younger brother, was hard for her. 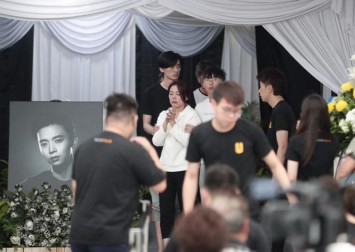 "Aloysius' wish was to excel in his acting profession and get more recognition for his work. I hope I can do my part to help him fulfil his wish," she said, adding that the special release had the blessing of Mr Pang's family.

The late actor's talent manager Dasmond Koh said the initiative is in line with plans to focus on Mr Pang's past work.

"His participation in Young & Fabulous was a key milestone in his career, and I hope more people can get to enjoy this movie," he added.

The 2016 Chinese language film starred Mr Pang in the lead role of top student Royston, who wants to be a fashion designer against the wishes of his parents, played by veteran actors Quan Yi Fong and Gurmit Singh.

The coming-of-age drama was Singapore's first cosplay-themed movie. It grossed a total of $1.3 million and was subsequently released in Malaysia, Indonesia and Vietnam.

Tickets will be available on the cinemas' respective websites.