Amber Heard reveals that she had a child in April

Amber Heard has revealed she welcomed a child in secret in April.

The 35-year-old actress took to Twitter on Thursday (July 1) to announce she is now the proud mother of a baby girl named Oonagh Paige Heard, after she welcomed the tot into the world on April 8.

Alongside a professionally shot picture of herself holding her baby, Amber wrote: "I'm so excited to share this news with you. Four years ago, I decided I wanted to have a child. I wanted to do it on my own terms. I now appreciate how radical it is for us as women to think about one of the most fundamental parts of our destinies in this way.

"I hope we arrive at a point in which it's normalised to not want a ring in order to have a crib. A part of me wants to uphold that my private life is none of anyone's business. I also get that the nature of my job compels me to take control of this.

The Aquaman actress has not shared any further details about her daughter's birth, but it seems the tot gets her middle name, Paige, from Amber's own mother Paige Parsons, who passed away in May last year. 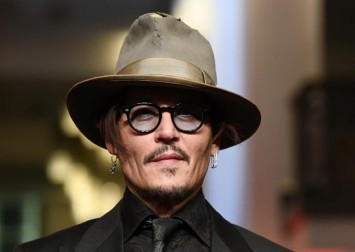 Speaking about the news at the time, Amber said: "I am heartbroken and devastated beyond belief at the loss of my mom, Paige Heard. She left us too early, clasping onto the memory of her beautiful, gentle soul. She will be missed from the very depths of our hearts forever.

"Her unflinching, open heart made her the most beautiful woman I had ever known. It's hard to imagine and even more difficult to say but I feel truly lucky to have been her daughter and been given the gift of having the light she shone on everyone, fall on me for nearly 34 years.

"This has been an unbelievably painful time but in that, I am reminded of what survives us all, love.

"The kindness, support and generosity my sister Whit and I have received from friends and family has been utterly soul-saving."