Richie Koh stars as the intellectually disabled Zheng Tiancai in the new Mediacorp drama, Your World in Mine.

It was just a simple line and it wasn't even scripted, but it moved the director to tears.

In an interview with Richie Koh, 29, last Friday (July 8), the young actor revealed that he managed to make his director — a production veteran of more than 15 years — tear up.

Richie's latest role is as an intellectually disabled 21-year-old Zheng Tiancai in Your World in Mine, a new Chinese Mediacorp drama that will span 20 episodes. Tiancai's mentality is that of a seven-year-old and there are some things he treasures very dearly, such as his familial ties, which will play an important part on the show.

One such instance which Richie shared was a scene involving his character's brother, Zheng Tianwei (Zong Zijie). In the scene, Tianwei was frowning in displeasure and being impatient with Tiancai. After noticing the persistent scowl that his brother had, Tiancai passed him a biscuit and said: "Big brother, you must smile, don't be unhappy!"

This line was completely unscripted, Richie shared, and the scene and atmosphere leading up to it had caused his director Christina Koh to start tearing up. Said the actor: "That scene was actually a very simple scene — I just added in this simple line and the director felt that it was very sweet and kind."

Richie added: "Actually, it was the whole tempo — my actions were just out of pure kindness, so [Tianwei felt] guilty, because he shouldn't have been treating me like that." 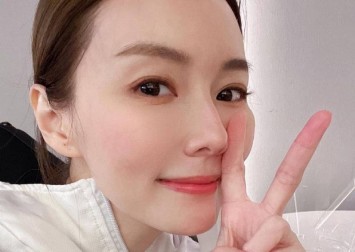 But being able to play the role wasn't easy for Richie, as he needed three to four months to prepare.

He first began by observing people. If he happens upon someone with an intellectual disability, he'll stop and try to observe them, looking closely at their body language and how they interact with their surroundings. Additionally, he would watch Netflix and YouTube documentaries to learn more about the intellectually disabled and their families, and any sacrifices made or gains achieved within these relationships.

"I studied the tempo and speed of the way they speak, their body language, the movement of their limbs — everything," Richie said.

The hardest aspect of learning how to act as an intellectually disabled individual was emulating their body language, he shared.

But in order to create a character that he was comfortable with, Richie had to find the right movements for himself. "I tried to find the correct one for myself. All these small things — there's a lot of ways to [act them out] so I tried to find some that wouldn't feel uncomfortable."

And in portraying the role of Tiancai, Richie also managed to gain some insight into how he should approach life.

"Cherish the present," Richie stated. "Now, I'm here. Maybe in the next moment, I won't be.

"But if I don't enjoy it now, then what's the point of me doing the things I do every day, when I don't even know if the future will come? Just do what you think you're supposed to do now."

Your World in Mine premieres on July 18, 9pm on Channel 8 or on demand for free on meWATCH.

READ ALSO: 'How do I boil water?' Elvin Ng's (mis)adventures in US leave him lost and confused