Andie Chen: Lack of sleep is preventing me from having baby no. 3

He's one of the most sought-after star in the Singapore entertainment scene, but actor, Andie Chen, is known for more than his acting chops these days.

The 33-year-old father of two is widely perceived as being a caring husband to wife, Kate Pang, and doting dad to their bundles of joy: Aden and Avery.

WHAT'S THE HARDEST THING ABOUT BEING A DAD?

"Well, I'm not a big fan of the baby poop; but I think the sleep is the one that gets me the most, just not getting enough rest. I think it's getting better now but before my kids turned two, I think that period is just [shakes head and mimics explosion].

"I think lack of sleep is the main thing that's stopping me from having a third baby.

Just those two years, where you can't function properly as a human being is a major deterrent. You know when people say you get used to not having enough sleep? Nope, that's a lie. You never get used to it.

"I mean having children is worth it but it's not easy. The thing I love about being a dad though is experiencing things for the first time again. When your child first smells a flower, or touches rain, you get to do that again too."

WHO DO YOU THINK HAS IT HARDER WHEN IT COMES TO PARENTING: THE DAD OR THE MUM

"The mum has it harder because they deal with so much more. It's one of the few remaining perks of being a man in our time.

"Mums have to balance everything and it's a lot of work. For example, sometimes when I'm tired I sleep alone and my kids sleep with my wife.

She doesn't give me a hard time for that, I just have to help her with her chores a little bit and she thinks I'm super dad.

"But definitely the mum has it harder now. 10 or 20 years down the road there could be a shift but right now, it's the mums that are struggling more." 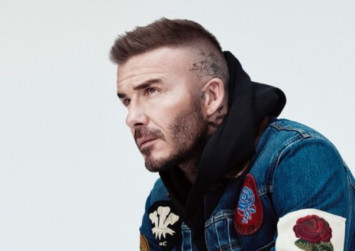 My dad was just trying to survive in our society. So I've learnt from those lessons on my own and I've kind of broken down what I should provide for my kids.

I'm trying to teach my kids these lessons."

I WANT TO BE REMEMBERED AS..

This article was first published in Women's Weekly.