The Apprentice with a Singapore twist to air from March 18

SINGAPORE - A new reality television show will put a Singapore twist on The Apprentice, with 16 candidates from around the world competing for a lucrative job offer worth US$250,000 (S$330,700).

The Apprentice: One Championship Edition was shot in Singapore and will feature landmarks such as Jewel Changi Airport and the Singapore Zoo.

It airs in Asia from March 18 and will be launched globally in June.

The Apprentice is a reality TV programme in which a group of contestants pit their business skills against each other to land a coveted job. The American edition was notably hosted for 14 seasons by Mr Donald Trump, before he announced his run for the United States presidency.

In the upcoming Singapore edition, the winner will get to work for a year at One Championship, Asia's largest global sports media property, reporting directly to its chairman and chief executive, Mr Chatri Sityodtong.

Mr Ang, who runs the Singapore BJJ Open, a national Brazilian jiujitsu tournament, said he wanted to join the show to help the public see Singapore as "a place where we can chase our dreams and turn them into reality".

At the age of seven, he was diagnosed with attention-deficit/hyperactivity disorder (ADHD) and sent to Thailand to live as a monk. He subsequently discovered martial arts, which he calls his "first true love". He now aspires to save enough money to help his sister achieve her dream of becoming a neuroscientist.

"Even if only one kid following my journey gets inspired to turn his life around, that'll be enough for me," he said. 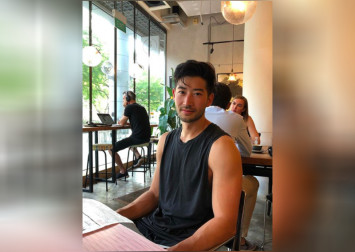 The show, which was produced in collaboration with local creative content agency Refinery Media and supported by the Singapore Tourism Board (STB), was shot in Singapore amid the pandemic.

One Championship group president Hua Fung Teh said the filming took place "with strict and reliable health and safety protocols".

STB's assistant chief executive of its marketing group, Ms Lynette Pang, said the collaboration "allows us to showcase our tourism industry's innovation and resilience over this challenging period".

The organisers declined to provide more information about the physical and business challenges that the contestants will go through on the show, saying they did not want to give away any surprises.