'Are you crazy?' Jackie Chan tried to knife director who insulted his mother, Sammo Hung stopped him

Jackie Chan talks about his past on Chinese talk show Shidian Talk.

The martial arts movie icon Jackie Chan can block and parry jabs and kicks, but not a verbal jab aimed at his mother.

In an interview for Chinese talk show Shidian Talk, Jackie Chan revealed that he had tried to attack a director with a knife after the latter insulted his mother.

"I was scolded so much and he even dragged my ancestors in," Jackie, 68, said. "So I took a knife and wanted to go and cut the director. I said that he can scold me as much as he wants but don't insult my mother."

And things would be very different for Jackie today if martial arts movie legend Sammo Hung didn't stop him that day.

Added Jackie: "Sammo grabbed hold of me and said, 'Are you crazy?'"

Jackie admitted that throughout his extensive career, he received a lot of criticism — especially from newspapers — that he kept buried in his heart.

"In the past, whenever the newspapers criticised me, I would be unhappy for the day. I would think about it for a day, which became a week, then a year," he recalled, adding that it wasn't worth the effort and time.

Presently, Jackie has now learned to take criticism in his stride and be thankful for it.

'I didn't dare to ask for money'

Jackie shared that his earlier days performing as a stunt double was far from the wealth that he would later have.

"I didn't dare to ask for money — [the people in charge] would tell me that if I wanted money, I didn't need to come in tomorrow," Jackie recounted.

The would-be superstar was only paid 150 yuan (S$30) for his hard work as a stunt double, according to HK01.

However, when money eventually started coming in, Jackie also admitted that he spent his fortune indiscriminately. In retrospect, Jackie expressed that he had become someone he hated the most in that period of indulgence.

Growing old is a blessing

Many of Jackie's fans have expressed hope that he will never age but this hope is an impossibility. 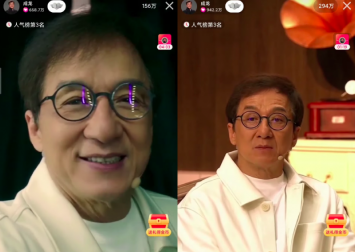 Instead, Jackie said in the interview that he has been lucky enough to live this far.

"To have lived to this point has not been easy — many people weren't able to do so," he said. "Bruce Lee can no longer age, and neither can Leslie Cheung."

With age comes retirement, but that is something both Bruce and Leslie cannot experience.

Mused Jackie: "If Bruce didn't die, what would he be doing today, and what would Leslie Cheung be doing as well?"

Now, he no longer has any long-term plans, he said. Instead, Jackie aims to live his best life every day, thinking about what to do tomorrow, or at most, what to do next week.

He still runs and boxes every day to maintain his health and fitness.

ALSO READ: 'I am not Jackie Chan': Sean Lau on Hollywood dreams, his roles