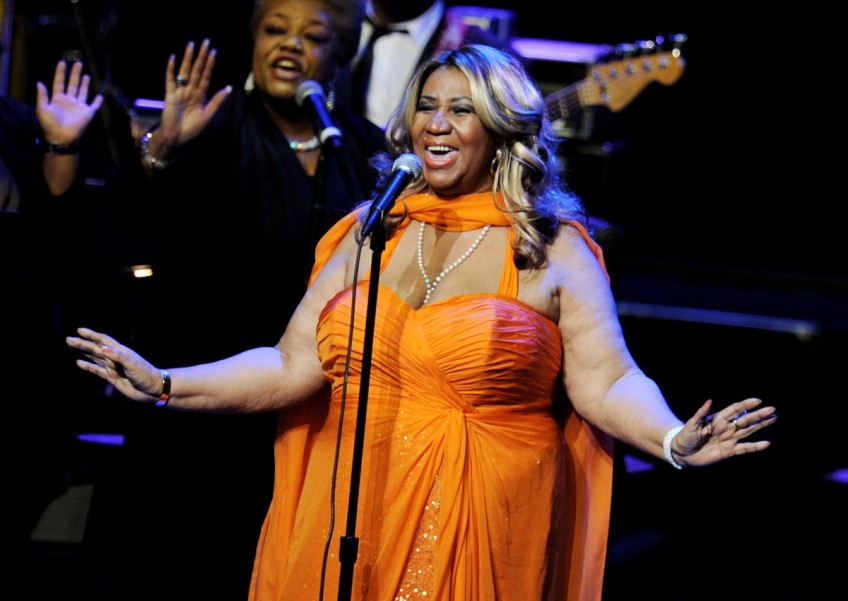 Weeks after Aretha Franklin's death, an auction house on Friday announced the sale of more than 30 dresses worn by the Queen of Soul.

Julien's Auctions said the outfits would go on sale along with items from other musical icons on November 9 and 10 in New York.

Franklin's outfits, expected to fetch up to $4,000 (S$5,500) each, include a red sequined dress designed by Arnold Scaasi, the late designer best known for dressing US first ladies, which Franklin wore at a 1991 performance at New York's Radio City Music Hall.

Other highlights include a knit jacket by luxury brand St. John that Franklin sported when she was presented the National Medal of the Arts in 1999 by president Bill Clinton.

Julien's Auction did not reveal the owners of the outfits.

Franklin, who grew up singing in her father's church and seized on her explosive voice to fuel songs such as "Respect" and "(You Make Me Feel Like) A Natural Woman," died on August 16 from cancer.

For her public viewing in her home of Detroit, she was dressed in a different outfit each of the three days.