NEW YORK - Fans of pop princess Ariana Grande can now twist and shout after she became the first act in more than 50 years to claim, simultaneously, the top three spots on the American singles chart.

The 25-year-old accomplished the feat achieved by the Beatles in 1964.

Grande's 7 Rings, Break Up With Your Girlfriend, I'm Bored and Thank U, Next monopolised the chart following her fifth album's debut atop the Billboard chart.

The Beatles nabbed the same spots in April 1964 with Can't Buy Me Love, Twist And Shout and Do You Want To Know A Secret repelling all other chart rivals. 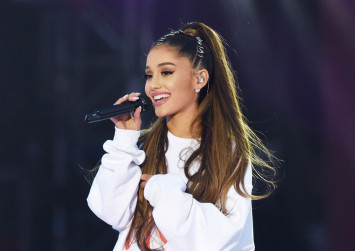 The pop star has seen runaway success over the past 12 months, with Billboard naming her its 2018 Woman of the Year.

This month, she scored her first Grammy for Best Pop Vocal Album for Sweetener, beating out tough competition including perennial favourite Taylor Swift.

Grande was absent from the gala amid a spat with the show's producer but the social-media maven commanded attention throughout the evening with relentless posts, including one of a satin Zac Posen gown that she had planned to wear to the ceremony.