The rise of Ayden Sng marks the arrival of a new kind of leading man. At 28, Sng is a true multi-tasking millennial — a star who is as comfortable on a TV set (he can be seen next as the lead in the upcoming Mediacorp Chinese drama Truth about Us) as he is on a stage with a microphone and an erhu (he recently released an erhu cover of the BTS hit Butter and directed the accompanying music video), or in his living room shooting clips for YouTube, Instagram and TikTok.

He refuses to be bound by conventional boundaries, nor does he think that certain mediums are lesser than others — to him, it’s all content and a good content creator excels at all. This boldness extends to the way he navigates fame as well. Opinionated and outspoken, Sng does not shy away from speaking up.

On this Bazaar shoot, he was one of the rare subjects who would enthusiastically discuss the mood board with the creative team, inspect the rack, offer his thoughts on the collections and pieces pulled, and then run excitedly to his car to grab some of his own stuff that he thinks would work.

“I love that this shoot plays with gender neutrality, like how you can look masculine in clothes that aren’t conventionally so.

It’s something that I personally like to push as well,” he says of the concept. In our interview, he is equally candid, opening up about his struggles in an industry with rules and hierarchies that seem archaic to him, and his grander ambitions to make a name for himself beyond TV. This is Ayden Sng in his own words.

On not being boxed in

“I think for a period of time, I wasn’t very happy in this industry because I felt boxed in. People kept telling me I had to be a certain way, I had to act a certain way; everything I did needed to be within this little box. With acting, for example, because I do Chinese drama, there are prescribed methods that some veteran directors expect of you. But many roads lead to Rome.

Those prescribed methods are good methods, but there are also other methods. How you do your own research, watch shows and other actors from other countries, and chart your own path, that’s important.

Read Also
Baey Yam Keng and Ayden Sng will cook and serve you beef noodles: A great moo-ve for charity 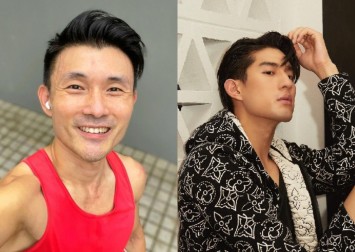 I think that’s a very archaic mindset. If you’re an artiste, it’s your responsibility to have reach on multiple platforms. Things you think you can’t do, you realise you actually can once you just start doing them.

If you’re a creative at heart, you’d find ways to live outside the box you’ve been put in. And once you remove the parameters of that box, you’ll feel a lot more free.

On taking matters into his own hands

“As an actor, when things don’t work out, it’s easy to say, ‘Oh, it’s not my fault I was cast in a small role’ or ‘Oh, it’s not my fault that the show flopped’. But that doesn’t change the fact that you’re not successful. What other routes can you then take to be successful if that’s really your passion? Are you able to produce short dramas by yourself or do other things to gain visibility?

If your ambition is to be a good actor, then you need to get good practice. And if whatever you’ve signed up for isn’t able to give you that, will you resign yourself to that or find alternatives where you can gain experience and exposure?

The worst-case scenario, which is what I’m doing now, is to produce it yourself. I’m venturing into more short dramas and getting in more practice when it comes to directing and writing my own scripts. If nobody is going to cast you in anything that will benefit your career, then do it yourself.

Nobody else is going to take responsibility for your career. The barriers to entry are still there, but they’re a lot lower today and there are ways to break down those barriers if you put in the right amount of effort at the right places.

I see myself as a content creator, so it’s about never stopping [when it comes to creating]. I don’t want to limit myself, like I’m just an actor — there are other things I can do.

People always say they’re limited by budgets, but if it’s something you’re passionate about, what’s wrong with spending your own money? I’m a miser in a lot of aspects, but I’ll spend money on the things I care about.

In this case, I’ve been spending money to make my own music. It’s a passion project and my producer says I’m not at a professional level yet, but I told him that I’ll work hard to get to that point. If I choose not to create anything, I’ll always be an amateur. After 100 videos, I might not be a professional singer still, but I would have improved.”

“Sometimes, you get to a certain point in your career where you’re like, okay, this is who I am. But I feel, again, that boxes you in. How do I break out of that and arrive at the next stage of who Ayden is? That requires conscious effort. Someone I look up to a lot in the industry is Benjamin Kheng.

I think he’s a really good example of someone who doesn’t box himself in. I don’t know how much of it is a conscious effort and how much is just going with the flow, but he seems to have transitioned seamlessly between different roles — like going from a singer to an actor; he does theatre work, he has his own YouTube channel and now, he’s also very successful on TikTok.

I want to be able to redefine myself at various stages of my career like that. Once our identity shapes up, we tend to persist in keeping that identity intact.

But more often than not, especially in the entertainment industry where things move so quickly, if you choose to conform to that identity and use that as a shield, you’ll be left behind. Identity should not be a shield; it should be regarded as something malleable, something you need to constantly be updating, like LinkedIn.

“Fashion is a huge interest. I love the fact that it connects us with our past — so much of it is about knowing your historical references.

For example, Gucci today is doing something from the Tom Ford years and Maria Grazia Chiuri has updated the Bar jacket of Dior’s New Look from the 1940s. But fashion also points us towards the future, which is something I think Balenciaga does very well. 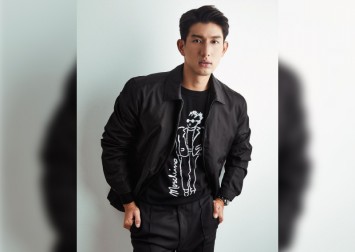 I think what fashion does is canvas the most pressing human desires and translate them into clothes, which is why for spring/summer 2022, you see a liberated, party mood with lots of skin showing—it’s a way of releasing yourself after being cooped up during the pandemic.

A designer I love is Kim Jones. I know it’s not an original choice and some people think he’s lazy because his Dior Men is just collab after collab, but his aesthetic really appeals to me.

I love tailoring and with his collabs — like with Peter Doig for winter 2021 or with Amoako Boafo for spring/summer 2021 — he has a masterful way of turning prints into a tailored form.

I also like Jil Sander, [ Bottega Veneta under Daniel Lee ], Zegna, Valentino and Japanese brands such as Yohji Yamamoto — their pieces are quite muted or neutral, but there’s always a strong design element.

I love Prada — I enjoy that dichotomy of ugly-chic, that kind of awkwardness in dressing. Not everything has to make sense and ironically, sometimes, the more visually dissonant things are, the more interesting they become.”

This article was first published in Harper's Bazaar Singapore.