Ben Affleck poses at the premiere of the film The Way Back in Los Angeles, California.

LOS ANGELES - Ben Affleck's new movie The Way Back finds the actor playing a role he knows only too well - an alcoholic who goes through family strife and divorce before finding renewed hope in life.

After baring his soul about his own struggles with alcohol, his three trips to rehab and the much publicised collapse of his marriage to actress Jennifer Garner, Affleck also finds himself in the unexpected role of a spokesman for addiction.

"I was a little bit surprised that the degree to which my being a recovering alcoholic, and I'm playing one in this movie, affected people," Affleck, 47, said.

"I'm pleased. There's nothing heroic about it (but) maybe it is helpful for people to see that it's not the end," he said.

The Way Back, opening in US movie theatres on Friday (March 6), is winning Affleck some of his best reviews after a series of widely-panned performances as Batman that followed his movie Argo winning the best picture Oscar in 2013. 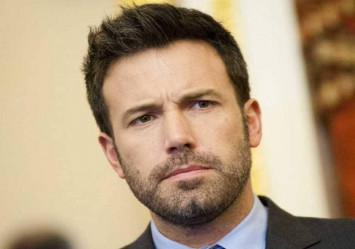 In the film, Affleck plays a former basketball player, who has fallen on hard times and is an alcoholic but is given a chance at redemption when he's asked to coach a team at his old high school.

Rolling Stone magazine said Affleck "brings his acting A-game" to the role while pop culture website Vulture said it "suggests the most interesting stretch of Affleck's career as an actor is still to come".

"The potential for a movie like this is to really inspire somebody," said Affleck, who also produced the film. "My goal with this was to make something that would feel enduring and lasting."

Director Gavin O'Connor said that he let Affleck roll with his emotions during filming.

"There was one particular take where it was an avalanche. It was really powerful," O'Connor said. "It actually did not end up in the movie because I think it may have been too much for an audience to have to experience with him."

Affleck said he didn't set out to be a spokesman for addiction.

"It's not why I got into this business," he said."But I don't mind being an example of something that I discovered that's really meaningful to me, and that hard times don't last forever."