Beyonce is reportedly working on two more projects for Netflix

The 37-year-old singer has already made a behind-the-scenes documentary, titled 'Homecoming', for the streaming service, and Netflix is said to have committed as much as $60 million (S$81 million) to working with Beyonce.

'Homecoming' cost the streaming company around $20 million, according to Variety, which reports that Beyonce is set to create two further projects for Netflix.

The first of the three specials - which premiered earlier this month - saw Beyonce give her fans an insight into her 2018 Coachella performance.

The 'Crazy in Love' singer - who is married to rap star Jay Z - also admitted to having an emergency caesarean section after her baby's heart stopped "a few times" in the womb. 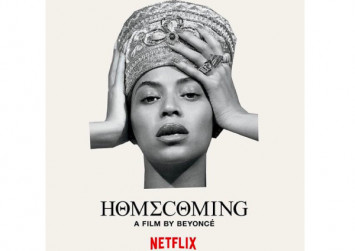 Beyonce - who has seven-year-old Blue Ivy and 20-month-old twins Rumi and Sir with her husband - spoke candidly about her "extremely difficult" pregnancy.

Explaining how her "surprise" pregnancy meant she had to scrap her planned headline slot at the 2017 Coachella festival, Beyonce said: "I was supposed to do Coachella the year prior but I got pregnant unexpectedly. And it ended up being twins which was even more of a surprise.

"My body went through more than I knew it could. I was 218 pounds the day I gave birth. I had an extremely difficult pregnancy. I had high blood pressure. I developed toxemia, preeclampsia.

"And in the womb, one of my babies' hearts paused a few times so I had to get an emergency C-section."

Beyonce also confessed to suffering "muscle spasms" when she first started rehearsing for her Coachella performance in 2018.

She said: "In the beginning there were so many muscle spasms and just internally, my body was not connected. My mind was not there. My mind wanted to be with my children. What people don't see is the sacrifice.

"I would dance and go off to the trailer and breastfeed the babies, the days I could I would bring the children. I'm just trying to figure out how to balance being the mother of a six year old and twins that need me and giving myself creativity. Physically, it was a lot to juggle.

"It's like, before I could rehearse 15 hours straight. I have children, I have a husband, I have to take care of my body."