BigBang's T.O.P told Prestige Hong Kong that the period in 2017 was "the worst moment" of his life.

SEOUL - Singer T.O.P of South Korean boy band BigBang, who disappeared from the public eye five years ago after a drug scandal, has opened up on the incident for the first time.

In an interview with luxury magazine Prestige Hong Kong, the 34-year-old described the period in 2017 as "the worst moment" of his life.

"This is the first time I've spoken about this publicly, but I did try to commit suicide about five years ago," said T.O.P, whose real name is Choi Seung-hyun. "I realised later how much hurt and painful memories I gave to the people around me, my family and fans out there."

In June 2017, while T.O.P was serving his mandatory military service, news broke that he would be prosecuted for marijuana use.

A few days later, he was found unconscious in the police barracks from a suspected overdose of anti-anxiety medication and was hospitalised. For his offences, he was sentenced to two years of probation.

"Actually, I was going to seriously stop making music and stop being a musician. But during the bad times, the rough times, my motivation to keep going was the music," he said. 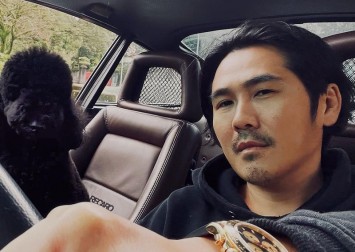 Once one of the biggest pop sensations in the region, BigBang made their debut in 2006 and released their farewell song Flower Road in 2018, as the members enlisted for military service.

The quartet announced in February they are set to make a comeback with a new song in the coming months.

However, its management agency YG Entertainment also announced at the same time that T.O.P had left the agency after 16 years, although he would still participate in group activities.

A fifth member, Seungri, left the band in March 2019 after a scandal involving drugs and prostitution at a famous Seoul nightclub, Burning Sun. He was later sentenced to 18 month in prison.

T.O.P, who also revealed in the interview that he had suffered from depression since he was young, said he penned more than 100 songs over the past five years.

"It's been my motivation, like wanting to fill up a bookshelf with my work. It's been my passion. I realised how precious it is to pay back what I've received. I feel that I'm reborn."

READ ALSO: Barbie Hsu rushed to marry Korean ex-boyfriend DJ Koo so he could visit her in Taiwan