Billie Eilish on body shaming: 'You've never seen my body, you still judge me. Why?'

Billie Eilish delivered a strong message about body shaming as she kicked off her world tour.

The award-winning pop star - who previously admitted she wears baggy clothes to avoid being sexualised - started her tour in Miami, where she addressed the issue of body shaming in a video message.

Billie then asked: "Though you've never seen my body, you still judge me for it. Why?" 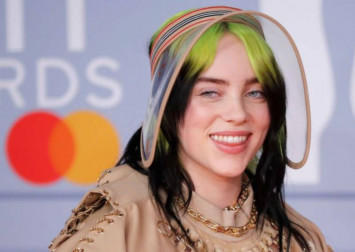 The powerful video message was played towards the end of her set at the American Airlines Arena, and the chart-topping star was seen removing numerous layers of clothing until she was only wearing a bra.

Then, she sunk under a black liquid and disappeared from view.

Last year, Billie admitted she prefers to wear baggy clothes because she hates being judged by her appearance.

Billie also suggested that female stars are victims of a double standard.

She said: "If I was a guy and I was wearing these baggy clothes, nobody would bat an eye.

"There are people out there saying, 'Dress like a girl for once! Wear tight clothes, you'd be much prettier and your career would be so much better!' No, it wouldn't. It literally would not."