Bing has predicted that 'Roma' will win the Best Picture Oscar

The Microsoft search engine has used its intelligent predicts algorithm to forecast the winners at this weekend's Academy Awards and following its calculations it was declared the Netflix film, directed by Alfonso Cuaron and starring Yalitza Aparicio, as the favourite to win the statuette with a 23 per cent chance.

'Roma' is also the frontrunner for this year's Best Director Academy Award and has a 79 per cent likelihood of winning the accolade according to Bing.

Bing has also predicted that 'Roma' will win the most Oscars overall this year as it is a strong contender over four categories which include Best Picture (23 per cent), Best Director (79 per cent), Best Foreign Language Film (83 per cent) and Best Cinematography (51 per cent).

'The Favourite' - directed by Yorgos Lanthimos - is predicted to win three Oscars for Best Original Screenplay (35 per cent), Best Costume Design (42 per cent) and Best Production Design (36 per cent). 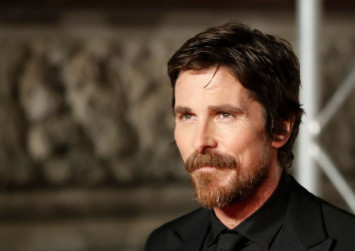 Rami Malek's portrayal of Freddie Mercury in 'Bohemian Rhapsody' makes him the predicted winner of the Best Actor gong with a 42 per cent chance.

Glenn Close with 34 per cent is a strong contender for the Best Actress Oscar, however, Olivia Colman (32 per cent), who won the Golden Globe for Best Actress in a Musical or Comedy for her performance in 'The Favourite,' is neck-and-neck with the 'Fatal Attraction' star.

Lady Gaga and Bradley Cooper's 'Shallow' from a 'A Star Is Born' has been a chart hit and will likely be a hit at the awards with a 73 per cent chance of winning the Oscar the for Best Original Song. Kendrick Lamar and SZA's 'Black Panther' track 'All The Stars' is second with only a 10 per cent chance.

Last year's predictions were 87.5 per cent accurate with Bing getting 21 out of 24 predictions correct.