The advertisement towered about four storeys over an intersection in the city.

SEOUL - A billboard featuring K-pop mega band BTS' Jungkook in Gujranwala, Pakistan, was taken down shortly after it was put up on the singer's 24th birthday on Sept 1.

The advertisement, which towered about four storeys over an intersection in the city, had the words "Jungkook BTS Gujranwala Army" on it.

One of the biggest fan bases in the world, BTS fans call themselves Army.

However, provincial assembly candidate Furqan Aziz Butt, who is also a member of the Islamist political party Jamaat-e-Islami, had the advertisement removed after he claimed to have received "a lot of complaints" from people.

Speaking to news and entertainment portal Vice, the local politician said: "There was so much commotion. There are young people in this city. This group has a negative influence on them and encourages them to behave in wrong activities. They promote homosexuality."

"Why was this put up here? They don't have a brand name here nor do they sell products here," he added. "The people who put it up call themselves the 'Gujranwala Army'. There's only the Pakistan army here." 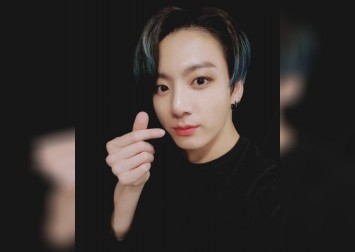 Fans have erupted in dismay over the move, with the hashtags "#PakBTSARMYsAreStrong" and "#PakistanLovesBTS" trending on Twitter. They also pointed out that Pakistani fans had organised many charity drives to aid the local communities.

BTS fan Zainab Saman, 24, from Islamabad said to Vice: "The Gujranwala incident has hurt Pakistan's BTS army very badly. A politician just comes up out of nowhere and says that BTS is promoting homosexuality and spreading vulgarity. BTS have never used vulgar verses in their songs. They are just about loving yourself and being happy. Doesn't he know how much he is ruining Pakistan's image?"

Earlier this week, another BTS member, Jimin, was also embroiled in a birthday controversy.

His fan club in China had customised a plane for his 26th birthday next month, but its crowdfunding campaign on Weibo was deemed to have broken the rules of the social media platform and the account was suspended for 60 days.