Bradley Cooper and Irina Shayk 'hanging by a thread'

Bradley Cooper's relationship is reportedly "hanging by a thread."

The 'A Star is Born' actor has been dating supermodel Irina Shayk since 2015 but it's believed things aren't "good" between them at the moment and they're only together for the sake of their two-year-old daughter Lea De Seine.

A source told the New York Post newspaper's Page Six column: "Because of their daughter, they keep trying. Things are not good. Neither one is happy. The relationship is hanging by a thread."

Speculation that their relationship was on the rocks began to surface last year when the 44-year-old hunk starred alongside Lady Gaga in the romantic musical.

A source said of the co-stars: "They are both very hard-working, driven people and during the making of the film, had a very professional work relationship. From the moment they began collaborating with each other, people on the set saw how connected they were. There is endless chemistry between them. 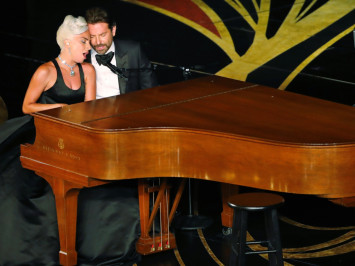 However, their bond was played down at the time when friends of Bradley and Irina insisted that they were in a happy and "secure" relationship.

An insider said at the time: "He is an honest guy and who is in a relationship and everyone has gotten very carried away with the gossip.

The couple have previously said that they prefer to keep their relationship private.

The 33-year-old beauty said: "Because my work requires me to be out there, I just decided my personal life will be quiet. That's why it's called 'personal,' because it's something for you and your family, and I feel happy with it."