Lady Gaga and Bradley Cooper performing their award-winning song Shallow at the Oscars.

Bradley Cooper and Lady Gaga have "endless chemistry" between them.

The 44-year-old actor - who is in a relationship with Irina Shayk, with whom he has 23-month-old daughter Lea de Seine - and the 'Million Reasons' hitmaker, who recently split from her fiance Christian Carino, have become the best of friends since they starred together in 'A Star Is Born' and took to the Oscars stage over the weekend to perform their hit track 'Shallow'.

And sources now say the pair's friendship has been strong from the start, as they say the duo are "creatively so in tune with one another."

One insider said: "They are both very hard-working, driven people and during the making of the film, had a very professional work relationship. From the moment they began collaborating with each other, people on the set saw how connected they were. There is endless chemistry between them.

Whilst there have been rumours of a secret love story, the source insists Bradley and Gaga, 32, are definitely just friends. 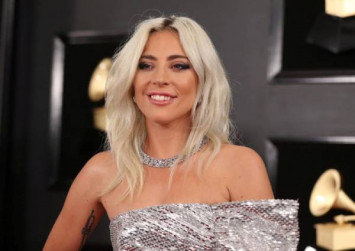 The source added: "The Oscars fuelled their love story even more. But what really happened behind the scenes of the Oscars was a sweet conversation between the two of them. Lady Gaga thanked Bradley for making her dream of becoming a movie star come true, and Bradley thanked Gaga for making him a rock star."

And Bradley - who also directed 'A Star Is Born' - is still "totally secure" in his relationship with Irina.

The insider told 'Entertainment Tonight': "He is an honest guy and who is in a relationship and everyone has gotten very carried away with the gossip.