Britney Spears under investigation for allegedly hitting her housekeeper

Britney Spears is under investigation for allegedly hitting her housekeeper.

The 39-year-old is being investigated by the Ventura County Sheriff's Department for an alleged misdemeanour battery incident.

According to Captain Eric Buschow, Britney is the suspect in the investigation after an employee at her home reported the Toxic hitmaker "struck them during a dispute".

Buschow told People magazine: "Ultimately that investigation will be forwarded to the attorney's office for review. It's a minor misdemeanour battery [investigation]."

However, a source close to Britney has insisted the report is not true.

The insider claimed: "The housekeeper was holding her phone and Britney tried to knock it out of her hands. She didn't hit anyone."

Buschow declined to "discuss the particulars" of the incident but explained that misdemeanour battery occurs when there is "physical contact" with another person.

But the captain also said there were no injuries reported.

Earlier reports claimed the alleged dispute took place after the employee took Britney's dog to the veterinarian and they argued about the dog's well-being, however no parties have confirmed the specifics of the incident.

The alleged altercation comes one week after Britney's father, Jamie Spears, announced he will finally be stepping down as her co-conservator after months of campaigning to have him removed. 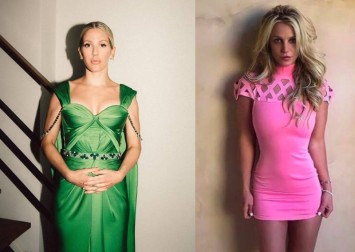 Jamie - who currently oversees Britney's finances - insisted he won't step back until an "orderly transition" is put in place for a new conservator to take over.

The filing read: "There are, in fact, no actual grounds for suspending or removing Mr. Spears as the Conservator of the Estate... and it is highly debatable whether a change in conservator at this time would be in Ms. Spears' best interests.

"Nevertheless, even as Mr. Spears is the unremitting target of unjustified attacks, he does not believe that a public battle with his daughter over his continuing service as her conservator would be in her best interests. So, even though he must contest this unjustified Petition for his removal, Mr. Spears intends to work with the Court and his daughter's new attorney to prepare for an orderly transition to a new conservator."

The Slumber Party singer is seeking to have a certified public accountant take over as the conservator of her estate, real estate, and health care decisions.