Co-hosted by veteran artist Liza Wang, the concert will feature artists such as Moses Chan and Ruco Chan.

Broadcaster TVB has been careful not to further raise temperatures in Hong Kong which has been rocked by pro-democracy demonstrations.

It has put on hold dramas featuring the police or triads - gang members allegedly beat up protesters in Yuen Long MTR station in July.

Now, TVB plans to organise a concert in a bid to help defuse tension.

The two-and-a-half-hour event will showcase about 100 performers, with veteran artist Liza Wang co-hosting. She has previously spoken about the need to restore order in Hong Kong. 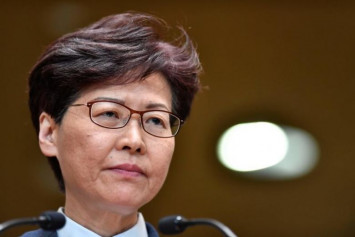 The on.cc portal reported that the concert audience can expect to be entertained by TVB artists such as Moses Chan, Ruco Chan, and Ali Lee.

The inclusion of Lee puts paid to talk that she has been frozen by the station for her pro-democracy views.

The show, which is set to be screened on Sept 14, will also highlight attractions that make Hong Kong a haven for locals and tourists alike, such as its shopping and eating options.