Linda Evangelista was a modelling icon during the 1990s who conquered catwalks.

Canadian supermodel Linda Evangelista has appeared for a major photo shoot since she disclosed last year that she had become "brutally disfigured" by a cosmetic body-sculpting procedure.

The 57-year-old is featured on the cover of the September issue of British Vogue.

However, she revealed during an interview with the fashion magazine that her jaw and neck in the photo shoot did not look like that in real life, adding that make-up artist Pat McGrath gently drew her face, jaw and neck back with tape and elastics.

"Also, all my insecurities are taken care of in these pictures, so I got to do what I love to do."

Evangelista was a modelling icon during the 1990s who conquered catwalks with colleagues like Cindy Crawford, Naomi Campbell and Claudia Schiffer.

She worked on and off for more than three decades before she suddenly stopped appearing in public. 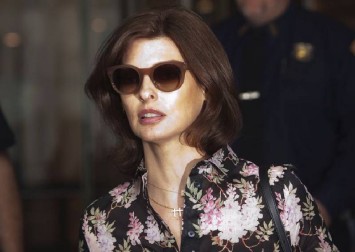 She revealed on social media in September last year that she was filing a lawsuit in New York against Zeltiq Aesthetics after the company's CoolSculpting procedure system increased, not decreased, her fat cells, and left her "permanently deformed".

She announced in July that she has settled the case.

"Those CoolSculpting commercials were on all the time, on CNN, on MSNBC, over and over, and they would ask, 'Do you like what you see in the mirror?' They were speaking to me," she told British Vogue.

"It was about stubborn fat in areas that wouldn't budge. It said no downtime, no surgery and...I drank the magic potion, and I would because I'm a little vain."

She was later diagnosed in 2016 with paradoxical adipose hyperplasia, a rare post-procedure complication she said she was not made aware of.

"If I had known side effects may include losing your livelihood and you'll end up so depressed that you hate yourself, I wouldn't have taken that risk," she said.

Evangelista said she still could not look at herself in the mirror nor let anyone touch her body.

"Am I cured mentally? Absolutely not," she said. "But I'm so grateful for the support I got from my friends and from my industry."

Evangelista, who was also recently featured in a Fendi campaign, would not call it a comeback though.

"I miss my work so much, but honestly, what can I do? It isn't going to be easy," she said. "You're not going to see me in a swimsuit, that's for sure. It's going to be difficult to find jobs with things protruding from me."