BTS in a promotional photo for Butter.

BTS were "on the brink of mental exhaustion" before performing at the 2022 Grammys.

The K-pop septet — comprising Jungkook, V, J-Hope, Jimin, Jin, RM and Suga — had members struck down with Covid-19 before their appearance at the MGM Grand Garden Arena in Las Vegas in April to perform Butter, and had just a single day of rehearsals.

J-Hope told Weverse Magazine: "After testing positive for Covid-19, it was only going to be possible to have exactly one day [of practice] before the performance.

"I think making it to the Grammy Awards stage, under those circumstances, is what put me in the mindset I had for the performance."

As well as J-Hope and Jungkook testing positive for Covid-19, Jin had injured his hand.

J-Hope continued: "The other members were on the brink of mental exhaustion at that point, to be honest.

"I knew there was no way I couldn't be there.

"I kept telling myself I have to do this no matter what, went over on the plane, rehearsed on location, and somehow got it all together."

He added: "It was a lot of pressure, psychologically speaking, as we were now at the Grammys and doing a performance similar to one we did shortly after we debuted. The idea behind the performance was for us to say, 'Let's do this for them again. We can pull that kind of performance off at the Grammys. We're BTS!'" 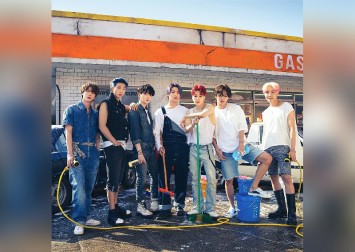 J-Hope admitted it was disappointing not to be able to deliver the show he wanted.

He concluded: "I wanted to put on a good show so badly that I couldn't tolerate even the slightest let-down."

As well as members of the boy band testing positive for the virus, Covid-19 regulations almost saw the performance axed altogether.

Producer Ken Winston revealed recently: "There were times when we were worried they weren't gonna be able to be here. J-Hope had Covid-19 and was quarantined. And he wasn't allowed to fly until Saturday, the day before the show, Jungkook was in Vegas with Covid-19, but then unless he got two negative tests, he wasn't allowed to come. It was very tense. We were very nervous."