BTS vow to stick around for at least 10 years

BTS have vowed to stick around for at least another 10 years.

The K-pop superstars - V, J-Hope, RM, Jin, Jimin, Jungkook and Suga - announced an extended break from the spotlight on August 12, but recently returned to work after a "period of rest".

And the IDOL hitmakers have reassured their fanbase that they aren't planning to go anywhere anytime soon and will keep performing for as long as their "bodies hold up".

Jimin told The Hollywood Reporter: "We're not really compelling each other to keep this going.

"It's nothing like that. We just have so much fun together singing and dancing that we want it to continue."

Read Also
The story of BTS so far: how the K-pop stars conquered the world 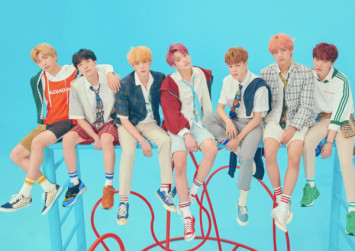 And Suga agreed: "As long as our bodies hold up, we'll be doing the same thing in 10 years."

The nominations for the 2020 Grammys will be announced in November, and the band say it would be "an absolute dream" to win a Grammy.

"So hopefully we can keep our words. It would be an absolute dream come true. Just thinking about it is thrilling."

The seven-piece continue their Love Yourself: Speak Yourself Tour in Saudi Arabia on October 11.

Their record label Big Hit Entertainment confirmed a few weeks ago that the Boy With Luv hitmakers are feeling "refreshed and recharged" after a much-needed mini hiatus.

They said: "BTS has ended their period of rest and will be flying out today for a scheduled activity."

Announcing their break, the label had said in a statement on social media:

"Hello. This is Big Hit Entertainment. We would like to announce that for the first time since their debut, BTS will be going on an official and extended period of rest and relaxation. Today's LOTTE DUTY FREE FAMILY CONCERT performance will make the last scheduled event before members prepare to take their vacations.

"This period of rest will be an opportunity for the members of BTS, who have relentlessly driven themselves towards their goal since their debut, to recharge and prepare to present themselves anew as musicians and creators.

"This will also provide them with a chance to enjoy the ordinary lives of young people in their 20s, albeit briefly. During this time, the members will rest and recharge in their own personal ways.

"Should you have a chance encounter with a member of BTS while they are on vacation, we ask that you show consideration for their need to rest and enjoy their private time off. BTS will return refreshed and recharged to return all the love you have and continue to show them. Thank you."