Fast-rising rapper Cardi B and pop star Shawn Mendes opened the MTV Video Music Awards on Monday with the night expected to be dominated by emotional tributes to "Queen of Soul" Aretha Franklin.

Cardi B -- who recently became a mother -- was expected to launch the annual show with a song but eschewed the limelight for mothering duties, at one point simulating breastfeeding onstage.

She left performing duties to Canadian singer and songwriter Mendes, who treated fans to his acclaimed single "In My Blood," which chronicles his struggle with anxiety disorder.

The awards come just four days after 76-year-old music legend Franklin died from pancreatic cancer and organizers confirmed they were planning a special tribute segment, although details were being kept under wraps.

Franklin has influenced generations of singers with unforgettable hits including "Respect" (1967), "Natural Woman" (1968) and "I Say a Little Prayer" (1968). 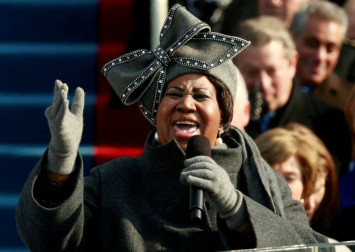 Franklin has influenced generations of singers with unforgettable hits including "Respect" (1967), "Natural Woman" (1968) and "I Say a Little Prayer" (1968).

Cardi B started the show as frontrunner, narrowly taking more nominations than Jay-Z and Beyonce for their Louvre-shot video "Apes**t" and Childish Gambino for his politically charged "This Is America."

Unlike the industry-led Grammys, the VMAs prides itself on outrageous made-for-television moments with less focus on who wins the awards.

"Night School" co-stars Tiffany Haddish and Kevin Hart presented the first award after boasting that they were a "dream team" of comedians. The statuette went to Nicki Minaj for best hip-hop video, for "Chun Li."

Pop princess and former child star Ariana Grande, 25, was expected to sing "God Is a Woman," her newly mature track about the delights of sex.

Rapper Logic was planning a debut live performance of his new song "One Day" alongside featured artist Ryan Tedder, the singer of pop group OneRepublic.

Meanwhile Jennifer Lopez was due to receive an award named after Michael Jackson for her lifetime contributions to pop culture. It was a first appearance since 2001 for the bilingual, New York-born diva.

Cardi B, who in little more than a year has become one of the most prominent women in the male-dominated world of hip-hop, received 10 nominations.

The Bronx native born as Belcalis Almanzar was in the running in both hip-hop and Latin categories as well as Artist of the Year and Best New Artist.

The 25-year-old was nominated for Video of the Year as the featured artist on "Finesse" by funk revivalist Bruno Mars.