SINGAPORE - American rapper Cardi B will not be performing for the Formula One (F1) Singapore Airlines Singapore Grand Prix this year, said race promoter Singapore GP on Monday (June 10).

This is due to a rescheduling of her September and October tour, Singapore GP said in a statement.

Cardi B was scheduled to make her debut Singapore performance on Sept 21 at the Padang Stage Zone 4.

She is the first solo female artist to win the Grammy for Best Rap Album for her record, Invasion of Privacy, released last year.

The rapper has been removed from the F1 website's entertainment line up for this year, which includes headline acts such as Swedish House Mafia, Raja Kumari, Red Hot Chilli Peppers and Hans Zimmer. 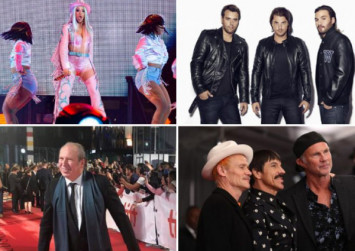 In the statement regarding the rapper's cancellation, Singapore GP said: "While undoubtedly disappointing, we hope to work with Cardi B again in the near future."

In a separate statement, Singapore GP also announced that American singer and songwriter Gwen Stefani will be joining this year's line-up, and is scheduled to perform on Sept 21.

Tickets to Gwen Stefani's concert and the Singapore Grand Prix start from $188 for a single-day Saturday ticket and $278 for a three-day ticket.

According to Singapore GP, the artist line-up and performance timings are subject to change.