Career over? WayV pop idol Lucas apologises for 'wrongdoings' after accusations of cheating fans in love and money

Scandals and rumours are commonplace for celebrities in the limelight. And this time, K-pop star Lucas Wong has been called to the stand.

According to Soompi, a Korean netizen — who claims to have dated the Hong Kong idol — posted a Twitter thread on Aug 23 accusing him of "gaslighting and being a gold digger". She also uploaded screenshots of her chats with a person she claimed to be Lucas.

She alleged that before the two began dating, she was just another avid fan.

Lucas made his showbiz debut in March 2018 with the K-pop boy band NCT, and he also joined NCT's China-based unit WayV, and SM Entertainment's supergroup SuperM.

The day after the allegations, another Chinese netizen claimed to have had similar experiences with Lucas as well.

The accusations sent the K-pop community into a frenzy and many NCT fans unlocked their inner Sherlock Holmes to try to debunk the spreading rumours on Twitter.

However, this afternoon (Aug 25), Lucas, 22, took to Instagram to post a handwritten apology. While he didn't respond directly to the allegations, he apologised profusely for his "wrongdoings" without elaborating what they are. 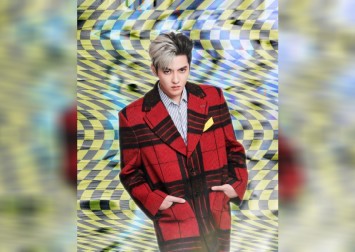 "In the past few days, I reflected on the things that I've done in the past. I fully understand my mistakes and irresponsible behaviour. I have let down my fans, who have always cheered me on and supported me."

Lucas said he "guarantees" this would not happen again, and that he would halt all his showbiz activities for the time being to reflect on his actions.

In light of the scandal, his talent management agency SM Entertainment announced a suspension of Lucas' activities, including the launch of the music video Jalapeño, which had been scheduled for release this evening. The song is a collaboration between Lucas and Hendery, another member of NCT and WayV.

SM Entertainment also issued an official statement, stating: "Lucas is reflecting deeply on having caused great hurt and disappointment through his own wrong actions and our company also takes responsibility for not managing our artist better."