Carly Rae Jepsen says becoming famous made her lose her love of music.

The 33-year-old singer admitted her life changed hugely thanks to her breakthrough single Call Me Maybe - which was released in September 2011 - and eventually performing on stage felt more of a "responsibility" than something pleasurable.

She said: "After Call Me Maybe, my life was such a blur.

"It was a new thing to be recognised everywhere and I started to feel the pressures of the way my life had changed.

"You have to be careful, it's easy to lose yourself in fame and be swallowed up by people's perception of you. I was losing my happiness. 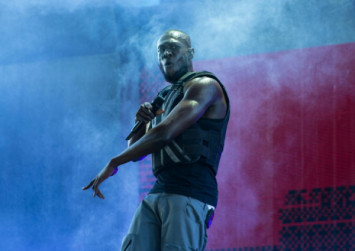 "My idea of joy - singing on stage - started to feel like a great responsibility."

Carly decided to take a step back and figure out what mattered, as well as finding her passion again.

She added to Q magazine: "That's why I took so much time making [2015 album] Emotion.

"I wanted to get back to what connected me to music in the first place.

"I've learned to seclude myself with the people that know me so I can keep the authentic relationships going that matter in my life."

The I Really Like You hitmaker competed on 'Canadian Idol' in 2007 and came third but thinks it was a "blessing in disguise" that she didn't win.

She said: "When I landed third in Canadian Idol, it was a blessing in disguise - I could keep exploring my career as a songwriter, not just an artist.

"I told my parents I was going to take a stab at this career and I was ready to enjoy it whether I succeeded or I failed. It was going to be an adventure to try and I've never stopped trying since."