It's not easy trying to live with the shadow of a pandemic hanging over our heads.

Imagine trying to do that while grappling with the loss of a family member, one whom you weren't able to say goodbye to in person.

In an Instagram post uploaded on Aug 10, Carrie, 27, posted a lengthy tribute to her grandmother who passed away on Aug 9 in Malaysia. She also apologised for not being with the elderly woman before she died.

She wrote: "I'm sorry I wasn't able to see you before you left. I hope you didn't leave with too many regrets or reluctance."

Carrie said that her grandmother would often ask about her well-being, and was concerned if she had enough money or if work was too tough.

"The last time we were on FaceTime, you were too weak to talk but you still asked if I was eating. Yes, I've been eating well and a lot. Don't worry, grandma. From now on, things won't be tough on you, grandma. You'll never be in pain or tired," she shared.

In an interview with Shin Min Daily News on Aug 10, Carrie revealed that her 88-year-old grandmother had diabetes, hyperglycemia, and high cholesterol.

Read Also
'I didn't know how to face my parents': Carrie Wong cries talking about texting scandal with Ian Fang 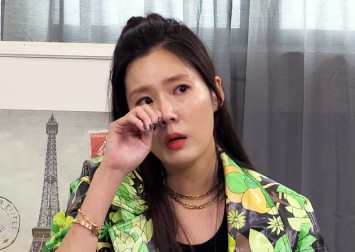 Due to Covid-19, Carrie wasn't able to travel back to Malaysia to say her farewell and could only do so virtually. She also said that her grandmother hadn't been eating well for the past few months.

The pandemic didn't just affect her ability to travel; she added the duration of the funeral was shortened from five to three days.

And, Carrie could only be there for her grandmother's final journey through photos that her relatives sent as well as video chats.

This incident made her realise how cruel the pandemic could be as she said: "Even now, I want to be with my family to share the grief and I can't do it."

The last time Carrie saw her grandmother was two years ago and she had hoped to visit her during the next Lunar New Year if the situation with the pandemic improved.

Despite her tragic loss, Carrie isn't letting it affect her work.

She said: "At the moment, I am helpless. I can't go back so I can't do anything. I can only accompany grandma for the last time on the internet. I suddenly realise how lucky it is to have the opportunity to say goodbye."