When Fann Wong appeared on Star Awards 2021 in April with pronounced cheeks, a local aesthetic doctor, Dr Siew Tuck Wah, wrote an opinion piece about it.

He then received a letter of demand from a lawyer representing the actress' management.

In a Facebook post on June 25, he provided an update to the issue and claimed that the case wasn't over (as of then).

Unfortunately, I have to update that the ongoing legal case regarding Fann Wong is not over. On 14 May 2021, I was...

Take down article and apologise

According to Dr Siew, he published the opinion piece because his patients noticed that Fann's cheeks "appeared unusually puffy" and a couple of them cancelled their filler appointments "for fear of becoming 'overfilled'".

Then on May 14, he received a 25-page Letter of Demand from Samuel Seow from Robert Wang and Woo LLP, a lawyer appointed by Fann's management company, in response to his article.

Dr Siew said: "The letter arrived at 4pm. However, as I was busy in the clinic, I could only review the letter at 5pm. The letter demanded that I take down my article on Fann Wong, and any social media posts related to Fann Wong and their unspecified clients, and issue a public apology immediately. I was only given one hour to respond. 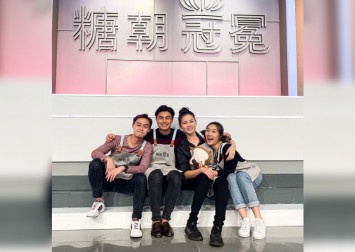 Since the opinion piece has been unpublished, the exact nature of its contents is unclear. However, Mothership wrote that it "did not paint Fann in an entirely good light" and, in a subsequent article, described it as "not entirely flattering" but "not entirely bad".

Dr Siew didn't publish the legal letter in full but pointed out that it "threatened" to "sue for damages in defamation for alleging that Fann Wong had fillers done" and "sue for the alleged unauthorised use of one of Fann Wong's pictures from her Instagram account".

He said he responded via his lawyers on May 21, May 24, and June 3, sending letters to the same email address stated on the letter of demand, but did not receive a reply.

Thus, Dr Siew thought the matter had been resolved. Until, he claimed, Seow sent a WhatsApp message to his staff on June 24 alleging that they didn't receive any letters.

When contacted by Coconuts over Dr Siew's claims, the lawyer representing Fann told the digital site that her team was no longer pursuing the matter and that they didn't receive a response from Dr Siew or his legal team.

Marissa Tan from Robert Wang & Woo LLP said: "After we sent the letter, I think they managed to take [the article] down so there was nothing else that we had to do, since our client's objective was achieved. So I sent the letter out but I did not receive any letters from the other solicitor."

Tan claimed that Dr Siew's letters were sent to another lawyer named Samuel Seow — the one repeatedly mentioned in Dr Siew's Facebook posts — even though she was the one who sent the first letter of demand, using her email.

She added: "As far as Fann is concerned, I think the matter has been settled, because the article has been taken down but it just has to end somewhere and I don't know where Dr Siew intends to be taking this whole thing but at some point of time, this must stop."

Will the real Seow please stand up?

Just when you thought that things have been clarified, Dr Siew responded with a Facebook post yesterday (June 30) claiming that Samuel Seow was indeed the writer of the letter of demand and his email address was provided as well.

He also said that he doesn't know who Tan is.

I am very happy to hear finally learn that Fann Wong’s team is not taking further action to sue me as I have found out...

Well, guess this mystery just got a lot deeper with probably the same amount of twists and turns as Marvel Studios' Loki.

But unlike that six-part series, we might never get an answer to what really happened to the letters of demand and who exactly wrote it.

In any case, it seems that this legal fight between Fann and Dr Siew has come to a close.